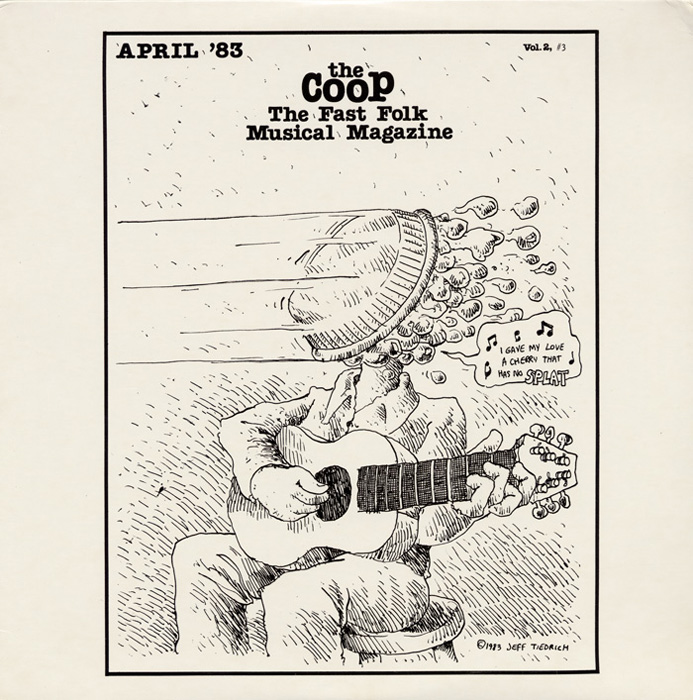 View Cart Custom CD $16.98
View Cart Digital Download $9.99
Fast Folk Musical Magazine continued its second year of publication with a collection of another dozen songs. Recorded live and subtitled "Humor in Song," this collection demonstrates that folk songs need not be dark and melancholy. Headlining the performances are Christine Lavin's ode to the virtues of "Cold Pizza for Breakfast"; The Belles of Hoboken's lament of urban living, "Rags or Satin"; and David Nininger's song of high school angst, "Freshmen." The a cappella performance of "Johnny Macaroon" by David Massengill, Bob McGrath's cautionary tale of "Herpes," and Sheldon Biber's poem "It Was One of Those Mornings" are also featured. A copy of The CooP is included with the collection.