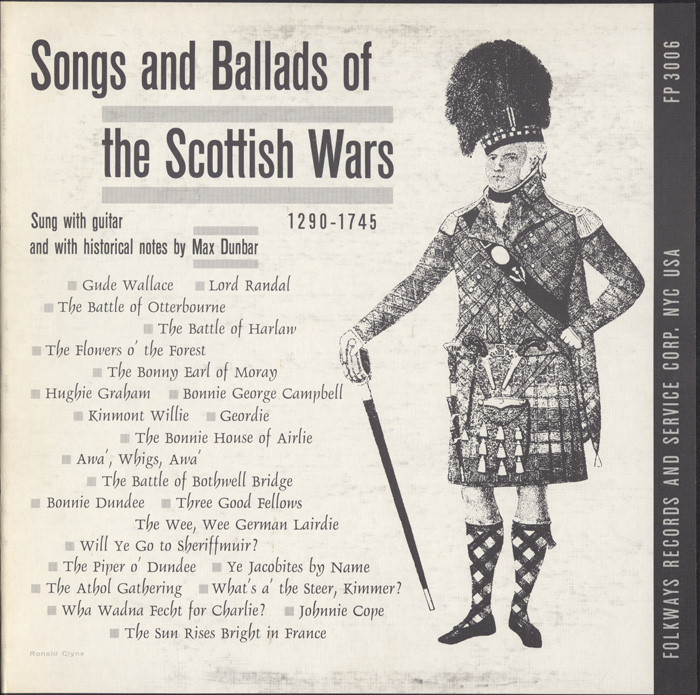 An Arctic marine biologist by trade, Max Dunbar studied the folk songs of his native Scotland. Here, he presents a selection of songs and ballads from the thirteenth century to the eighteenth—songs that span Scottish resistance to England, the border feuds, and the union of the crowns in 1603. The notes include a handy glossary of Scots words contained in the songs.