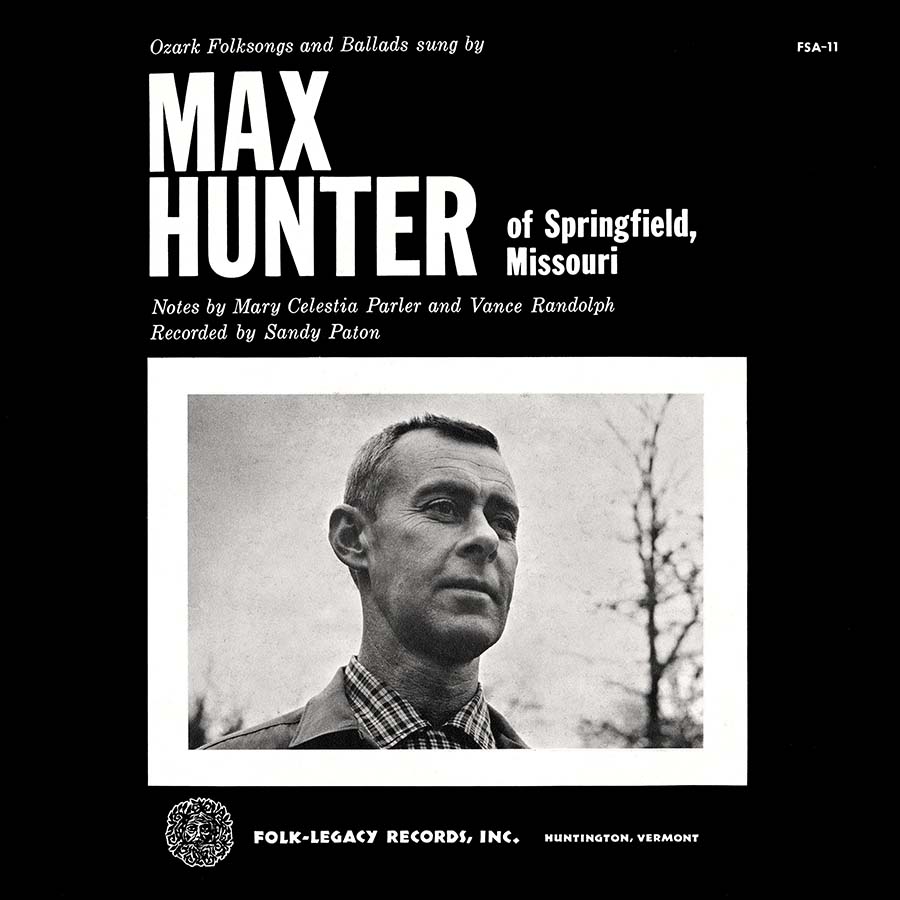 On this early field recording from Folk-Legacy Records, Max Hunter of Springfield, Missouri, sings folk songs collected from the Ozarks. While Hunter learned his repertoire intentionally as a song collector rather than through ancestral transmission, he was dedicated to the preservation and dissemination of his region’s musical tradition. In this recording, Hunter plays from his 1,100-odd collected songs, learned in accordance with strict rules he set for himself—never playing a song he had not learned directly from a traditional singer in the mountains of Missouri and Arkansas, and never changing in any way the text or music of a song as it was presented to him. The songs selected here have a mix of American and English origins, including Child ballads in their Ozark versions, broadsides, and Western outlaw songs, expressively sung and skillfully played without any sort of patronizing mimicry. Today, Hunter’s recordings of Ozark singers are held jointly in the collection of the Springfield-Greene County Library and the Missouri State University, where they have been digitized.