Songs of Freedom from Turkey: Behind the Iron Bars 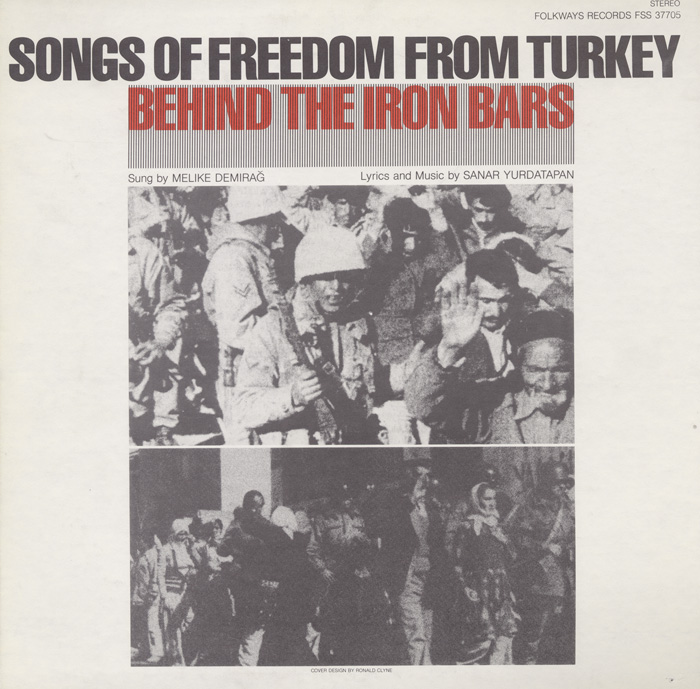 View Cart Custom CD $16.98
View Cart Digital Download $9.99
In 1981, the Turkish military junta declared composer Sanar Yurdatapan and singer/actress Melike Demirag to be traitors and stripped them of their citizenship. Exiled from their native country, the couple performed concerts featuring protest songs against the junta throughout Europe and in the United States. This 1982 release, recorded in Koln, Germany, is a collection of many of those songs. The liner notes provide context about the political situation in Turkey in 1981 and song lyrics in English.