Campfire on the Road 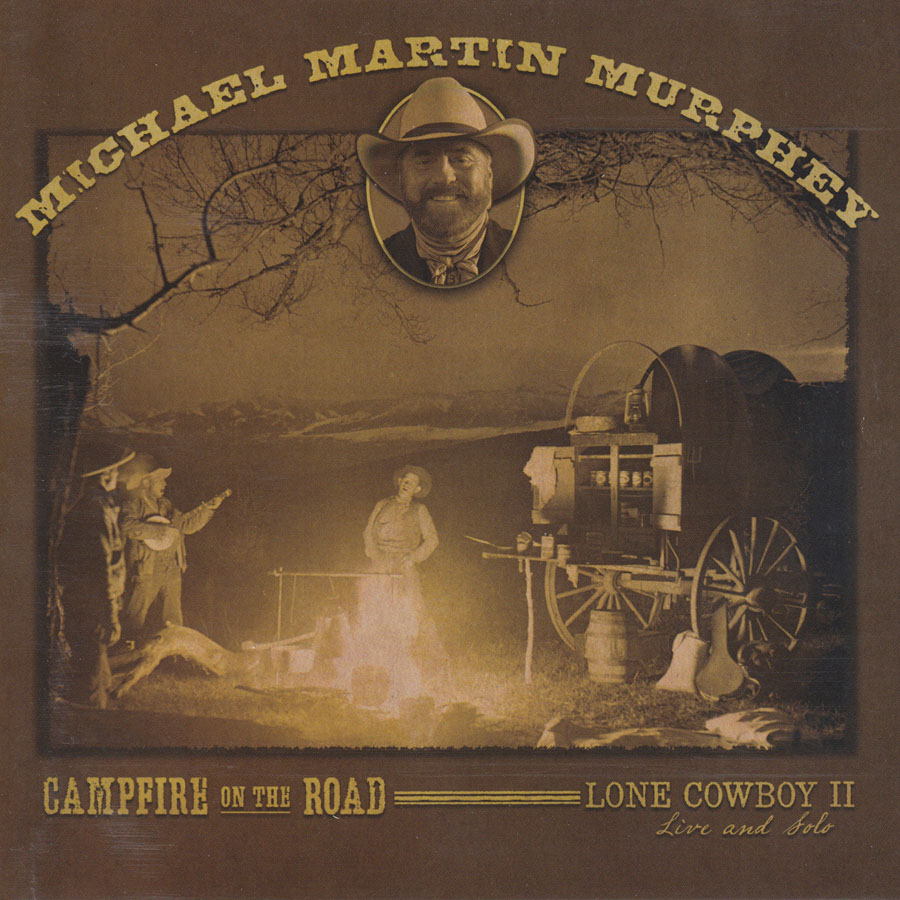 View Cart CD $14.98
View Cart Digital Download $9.99
Following country star Michael Martin Murphey’s previous solo live record Lone Cowboy, Campfire on the Road presents him returning to the Western Jubilee Warehouse Theater in Colorado Springs for an intimate solo concert of traditional and original songwriting. Offering a mellow, singer-songwriter style of performance that might be best described as coffee-house country, Campfire on the Road shows that the American cowboy is just as soulful and wistful as he is rugged. Heard on this release are some of Murphey’s most celebrated compositions (“Geronimo’s Cadillac”) and arrangements of historic cowboy tunes (“Old Chisholm Trail”).