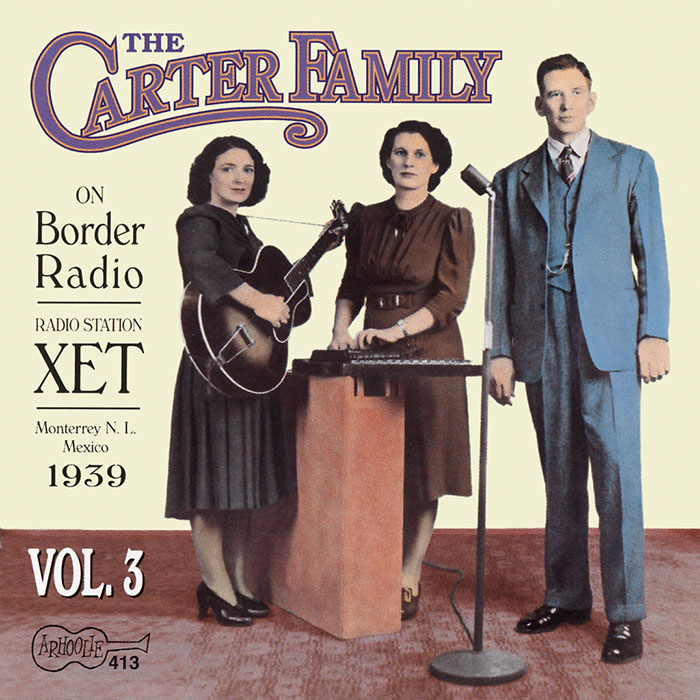 In 1938 and 1939, the first family of American country music, the Carter Family, recorded transcriptions for radio broadcast on Mexican border radio stations. The recordings featured A.P. Carter, his wife Sara, sister-in-law Maybelle, A.P. and Sara’s daughter Janette (listed as Jeanette in the liner notes), and Maybelle’s three children, Helen, June, and Anita. In 1963, 17 transcription discs were discovered at station XET in Monterrey, Mexico. In 1995, Arhoolie Records released three CDs containing material from the 17 discs. In Volume 3, the Carters sing a mix of country, western, gospel, and children’s songs including “You Are My Sunshine,” “Oh, Susanna,” “Great Speckled Bird,” “Sitting On Top of the World,” “Wade in the Water,” and “I’ve Been Working on the Railroad.”