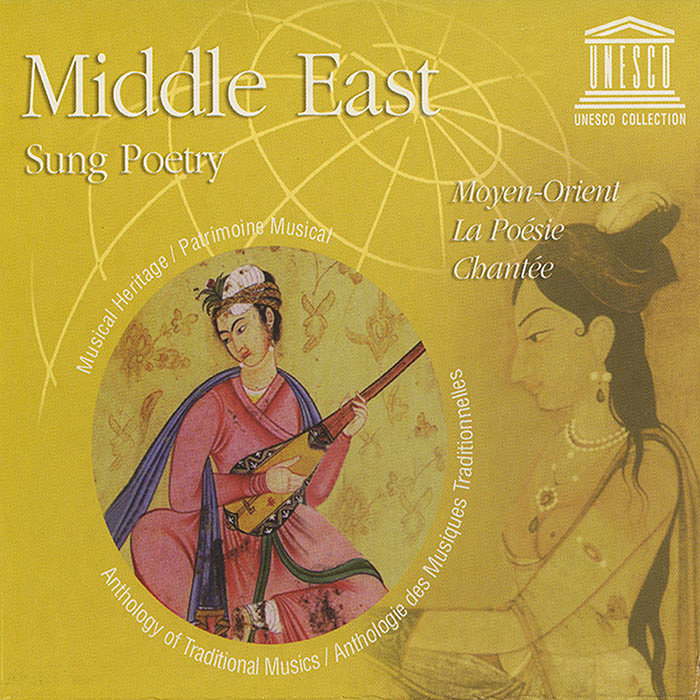 Sung poetry has been a popular form of artistic expression in many parts of the world, especially among the nomadic peoples of the Middle East. Most of the poems in Persian, Arabic, and Turkish literature were sung in order to be passed on by bards from generation to generation through the oral tradition. Middle Eastern sung poetry remains a living tradition as bards not only improvise on the ancient texts and melodies but also create new compositions to reflect current sensibilities. As Alain Daniélou explains in the liner notes, the imagery in the poems has a double meaning: what may seem trite symbols of material and earthly pleasure also represent mystical ecstasy and divine love.

This album, recorded by Jacques Cloarec and Jochen Wenzel, consists of four examples of Middle Eastern sung poetry, recorded in Turkish, Persian, the Kurdish dialect of Kurmanshi, and colloquial Arabic respectively. The liner notes provide English and French translations of the song lyrics.