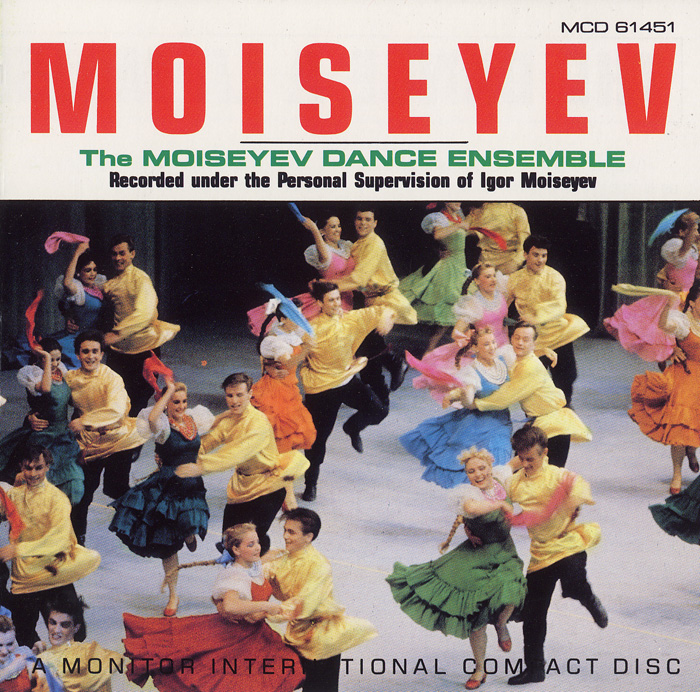 View Cart CD $11.98
View Cart Digital Download $9.99
The Moiseyev Dance Ensemble is considered by some to be Russia’s greatest theatrical folk dance company. Formed in 1937 by Igor Aleksandrovich Moiseyev, the ensemble served as a cultural ambassador for the Soviet Union; in 1958, it performed to acclaim in the United States. This album, “recorded under the personal supervision of Igor Moiseyev,” comprises 12 tracks of musical interpretations of folk dance music by Orchestra of the Moiseyev Dance Ensemble. The liner notes are a reprint of an article by John Martin, dance critic for the New York Times.