By Land or by Sea 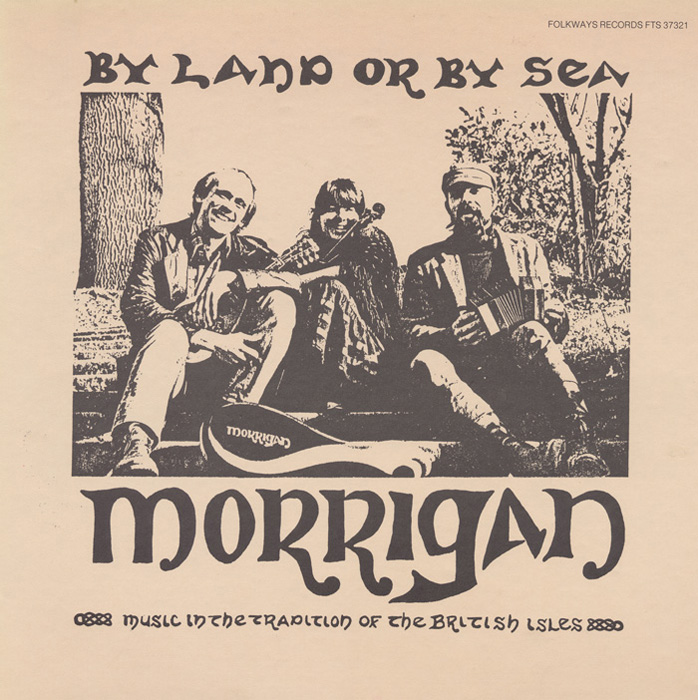 This collection of traditional, predominantly nautical music from the British Isles and Ireland features both a capella tunes and songs accompanied by a variety of instruments, including the bodhran, concertina, and tinwhistle. Morrigan's version of the West Indian chantey "Bully in the Alley" features vocals from 26 sailors. Though this was the only album recorded by Morrigan, ensemble members William Pint and Mary Malloy went on to perform in different groups; Malloy became Professor of Maritime Studies at the Sea Education Association. The liner notes include histories of the songs as well as pieces of nautical lore: "The cotton was stuffed into the hold by means of a jack screw and press, sometimes so tightly that ships burst at the seams."