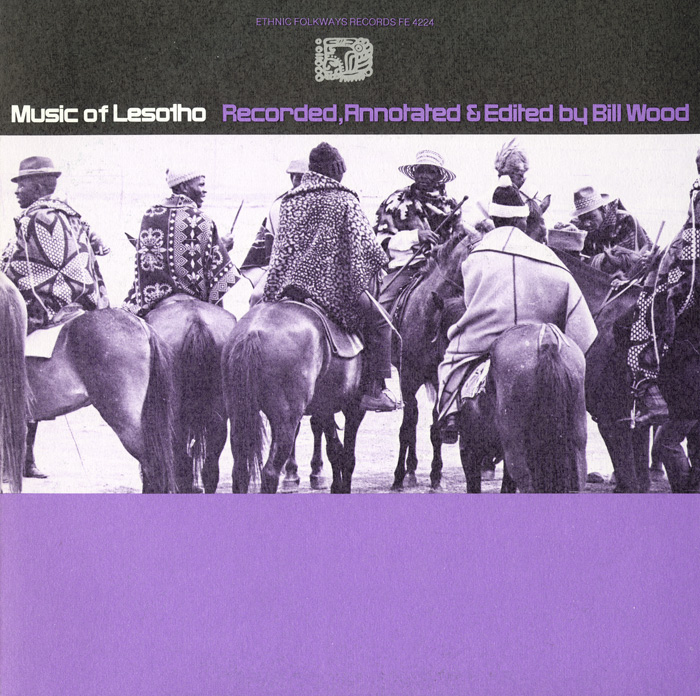 View Cart Custom CD $16.98
View Cart Digital Download $9.99
Music of Lesotho is a compilation by Bill Wood from recordings made between 1972 and 1975, when Wood was teaching at a secondary school in the Mafeteng District of Lesotho. The music in this recording excludes religious and choral music in favor of the traditional repertoire of the Basotho people. Wood observes that, while traditional culture is very strong, “new songs in traditional style are being composed all the time.” The male students at the school where Wood taught perform, and selections cover a range of styles and subjects (initiation, dance and game songs, improvised poetry, and more). Liner notes include lyrics in Sesotho (one of Lesotho’s two official languages), English translations, photos, information about Lesotho’s history and culture, as well as Wood’s personal reflections on his experience recording the album.