The Elephant Calf and Small Comments on Large Themes 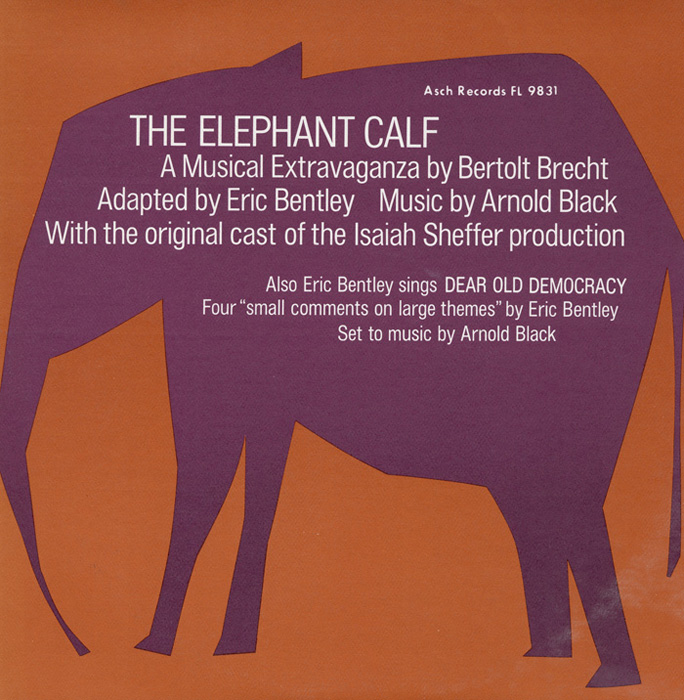 View Cart Custom CD $16.98
View Cart Digital Download $8.94
Written by German playwright Bertolt Brecht in the 1920s, The Elephant Calf is a one-act surrealistic prose farce play. It was originally written as part of the play Man Equals Man, but Brecht separated it and gave it the subtitle of “The Provability of Any and Every Contention.” This 1967 production, adapted by Eric Bentley, one of the preeminent experts on Brecht, is performed in English as a musical extravaganza. Two songs, written by Bentley and Arnold Black, are added to the production. The recording concludes with Bentley singing four of his own compositions.