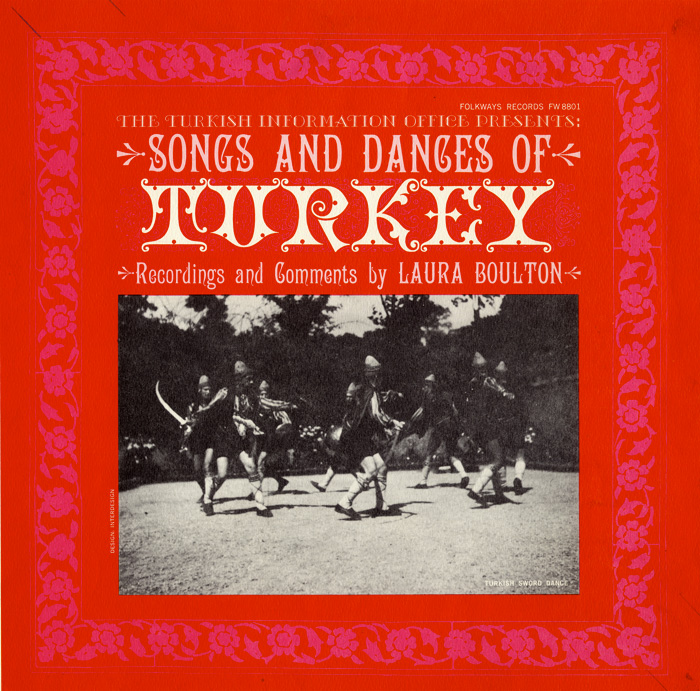 Songs and Dances of Turkey presents ancient classical music, folk songs, popular songs, and modern classical music from Turkey. Native instruments such as the darbuka (hand drum), kaval (end-blown flute), and baglama are featured prominently. Also included are dances such as the zeybek (from the Aegean provinces) in which dancers spread their arms broadly in imitation of an eagle in flight. Liner notes include a brief introduction, track notes, and illustrations of some of the featured instruments.

RELATED LESSON PLAN
"Let’s Dance Like an Eagle: Zeybek Dance in Turkey"
"Folk Music of Turkey: The Songs and Dances of Anatolia and the Black Sea"