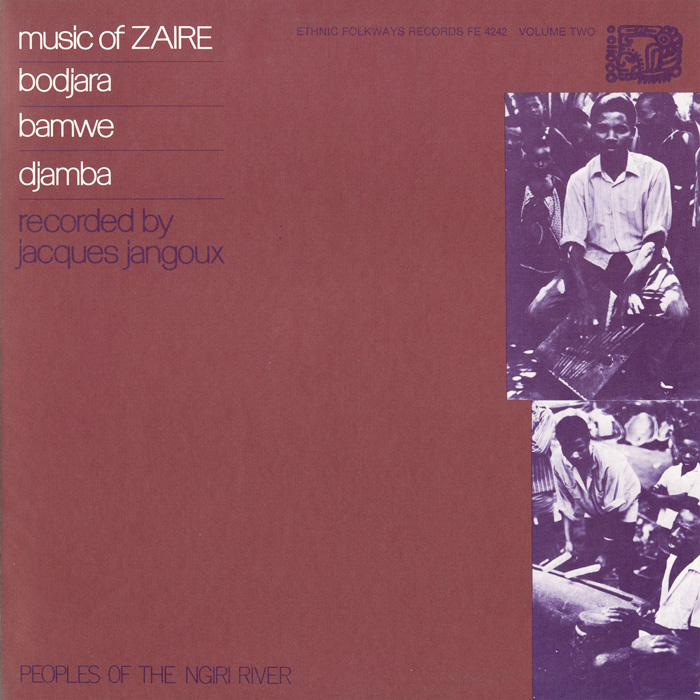 Music of Zaire, Vol. 2: Bodjama, Bamwe, Djamba — Peoples of the Ngiri River is a companion to Music of Zaire, Vol. 1: Libinza. In this 1970 recording, several tribes in the modern–day Democratic Republic of the Congo share both personal and political songs of their cultures with Jacques Jangoux. One Bodjaba woman sings of jealousy towards her husband’s other wife, and members of two tribes sing in support of President Mobutu, who would later become a notorious dictator. The liner notes include a map of the region, as well as photographs of the people and their musical instruments.

Please note that the liner notes for both volumes of Music of Zaire are the same.