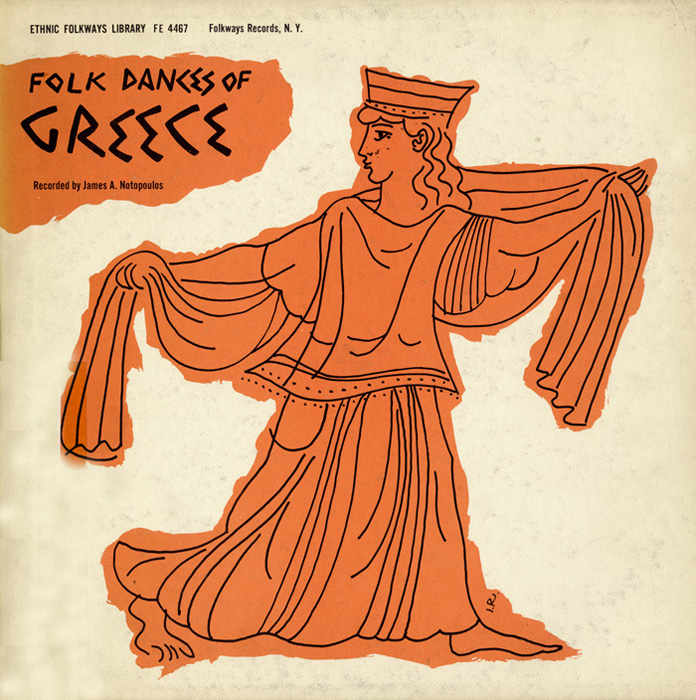 Recorded by James Notopoulos in 1956, Folk Dances of Greece is the second release in his series on the musical and oratory traditions of Greece. He writes: “The dance is one of the most vital social and artistic expressions of the Greek people as well as one of its oldest traditions. … As our ancient sources reveal, the dances were many and varied; they gave expression to all phases of life, such as fertility, religion, war.” Liner notes include detailed descriptions of the dances, translated lyrics, and musical transcriptions provided by Spyros Peristeres.