Varsity Cheer: A History of the Western World at Half-Time 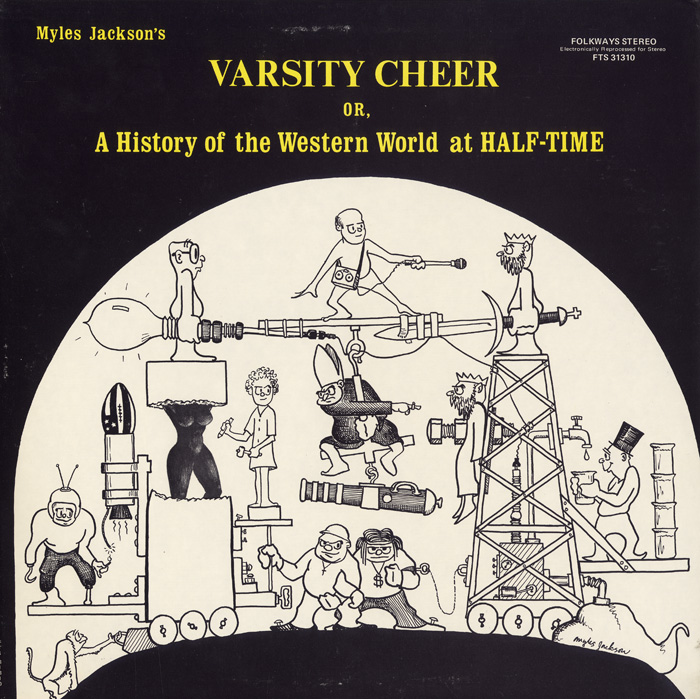 View Cart Custom CD $16.98
View Cart Digital Download $2.98
Varsity Cheer, a “comical-musical-satirical-poetical-historical-political-sexual-economic-religious-patriotic record,” is basically the history of the United States packed into a 27-minute performance. Along with the actors’ roles as fictional characters, the performance incorporates recordings of actual people, animals, and sounds from various environments and events. The result is a surprisingly consistent and representative narrative that conveys a real American story. The liner notes are composed of the complete text of the performance.