The Minority Party in America: Featuring an Interview with Norman Thomas 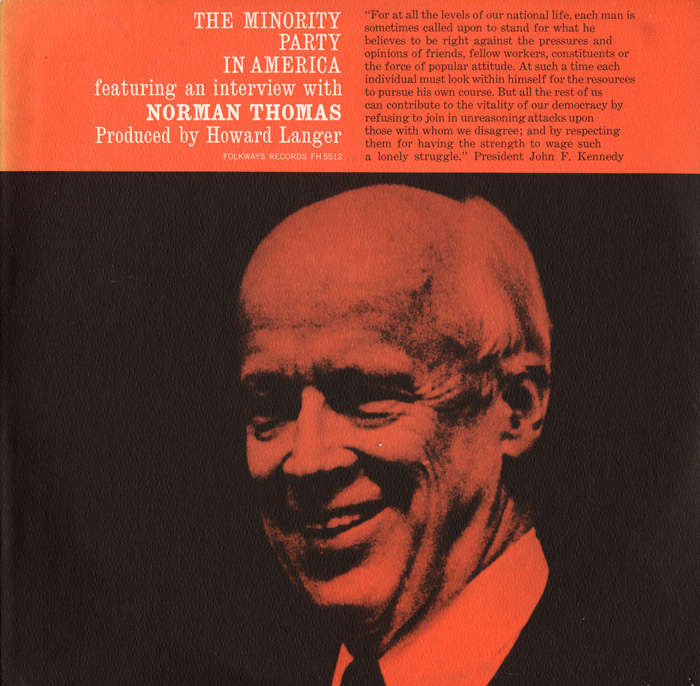 View Cart Custom CD $16.98
View Cart Digital Download $9.99
Norman Thomas was the leader of the American Socialist Party in the 1930s and '40s. In 1960, he was interviewed by Howard Langer about the role of the minority political party in the United States. A six-time candidate for president, Thomas discusses the influence of special interest groups on the political process and the role of money and the media—issues that remain a concern. Thomas also shares his thoughts on other political leaders of the day including Franklin Delano Roosevelt, Harry Truman, and Dwight Eisenhower. A biography of Thomas and a transcript of the interview are included with the recording.