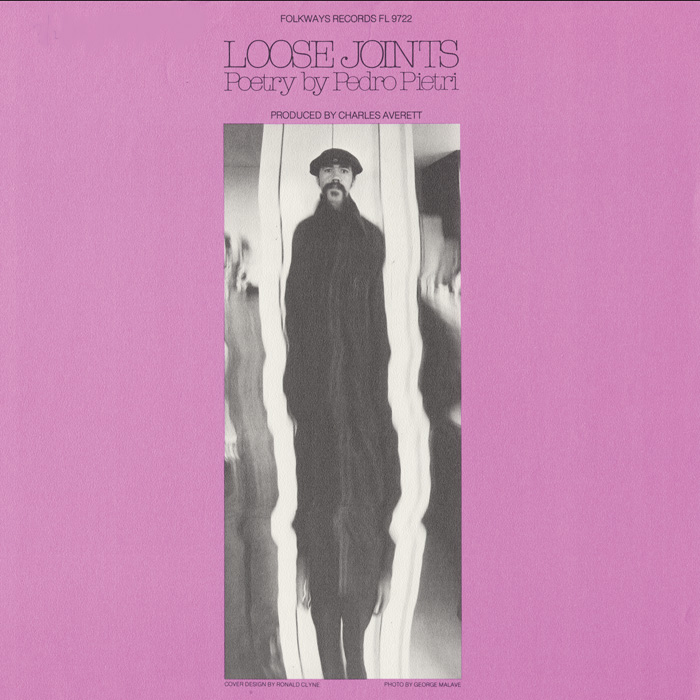 A self-proclaimed “native New Yorker born in Ponce, Puerto Rico,” Pedro Pietri (1944 – 2004) was a leader of the Nuyorican Movement, a cultural and intellectual movement composed of Puerto Rican writers, artists, and poets living in the New York City area in the 1970s, ‘80s, and ‘90s. Pietri’s poems touch on a wide range of subjects, ranging from brief phone calls to extremely hallucinatory and imaginative scenes. His writing is wonderfully chaotic and significantly scatterbrained. The texts of the poems are included in the liner notes.