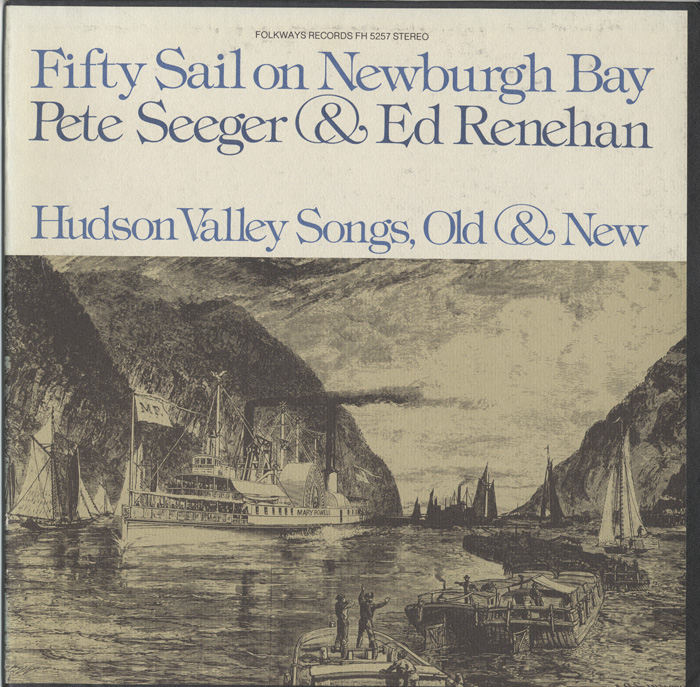 View Cart Custom CD $16.98
View Cart Digital Download $9.99
Cleaning up the badly polluted Hudson River and its environs has long been a cause that Pete Seeger has devoted himself to, even organizing the building of a sloop--the Clearwater--to promote the effort. Here he devotes a recording to songs relating to the river, which played a major role in the commercial life and early history of New York State, including the Revolutionary War. Both traditional and newly composed songs are included. Folk singer Ed Renehan (born 1956), who was a member of the board of the Clearwater, sings and plays guitar along with Seeger. William Gekle, who wrote the lyrics for five of the songs, also wrote the liner notes, which detail the context of each song and provide the lyrics.