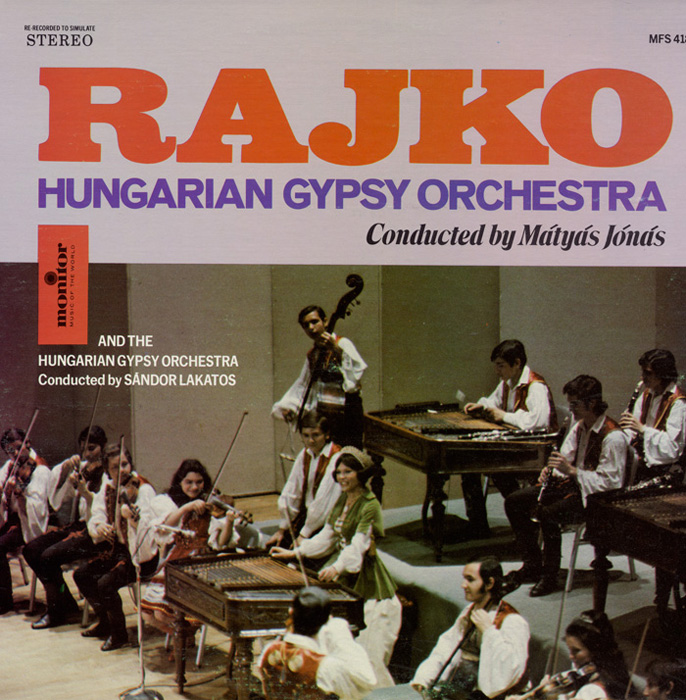 In Hungarian, "Rajkó" means "Gypsy youth"—a most fitting title, since the average age of the 35 musicians and dancers in the orchestra was only 17 during their 1972 tour of the United States, and each member of the group is descended from Gypsy musicians. After seeing the orchestra perform, Daniel Webster of the Philadelphia Inquirer described their music as "fast, frenzied, passionate." The album showcases traditional Gypsy song structures such as czardas and mountain dances. In addition to the Rajkó ensemble, four compositions are performed by the Hungarian Gypsy Orchestra under the guidance of conductor Sándor Lakatos, a sixth-generation Gypsy violinist renowned for his performances in Budapest. Liner notes include a brief album introduction and a list of suggested Gypsy/Hungarian recordings.