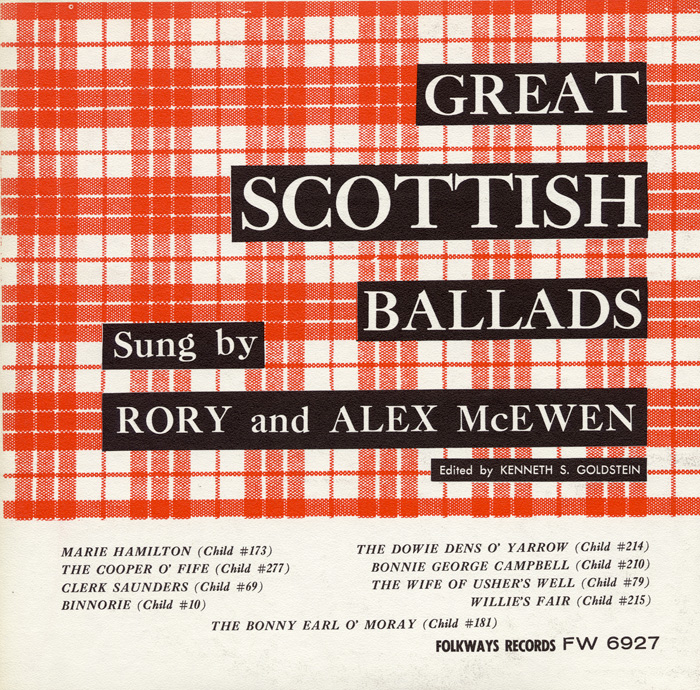 View Cart Custom CD $16.98
View Cart Digital Download $9.41
According to noted folklorist Kenneth S. Goldstein, "Scotland has had…the richest ballad tradition in the English-speaking world." Brothers Rory and Alex McEwen selected nine from this treasure trove for the present collection. Although the ballads are traditionally sung unaccompanied, the McEwens use guitar accompaniment. Each of the ballads, which were included in the great 19th-century collection by Francis James Child, receives an enlightening introduction from Goldstein; song lyrics are included in the liner notes as well.