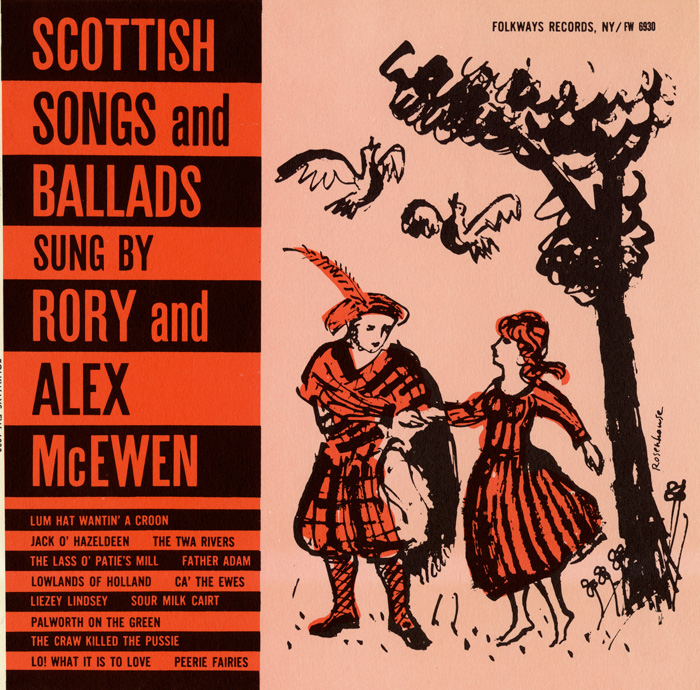 Released in 1957, Scottish Songs and Ballads by brothers Rory and Alex McEwen is an example of the British folk revival at its peak. Singing in a simple and pure style, the McEwens let the narratives of the songs flow as easily as the melodies. Though many of the ballads are traditional, some adopt the words of noted Scottish poets such as Robert Burns and Sir Walter Scott. Liner notes include a brief biography of the artists as well as notes and lyrics for each song.