Readings from the Ramayana: In Sanskrit Bhagavad Gita 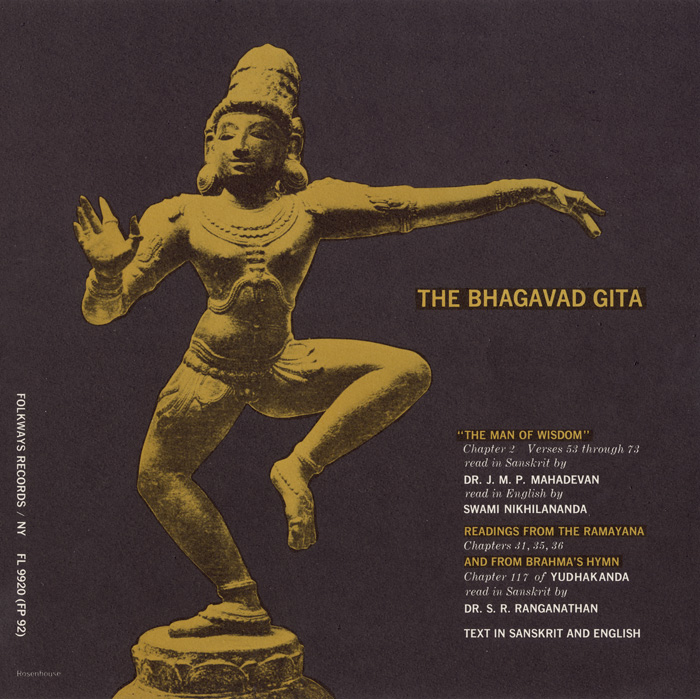 View Cart Custom CD $16.98
View Cart Digital Download $4.96
In this recording from 1951, Dr. J.M.P. Mahadevan, Swami Nikhilanada, and Dr. S.R. Ranganathan read selections from three of the key texts of Hinduism: the epic known as the Ramayana , the collection of hymns and prayers called the Brahma Samhita (the Brahma’s Hymn) , and the philosophical dialogue called the Bhagavad Gita . All are in verse and are read in the traditional chanting style in the original Sanskrit, one of the ancient languages of India, and an English translation of the selection from the Bhagavad Gita is also provided. Liner notes include background information on the scriptures and the full text of the selections in Sanskrit and English.