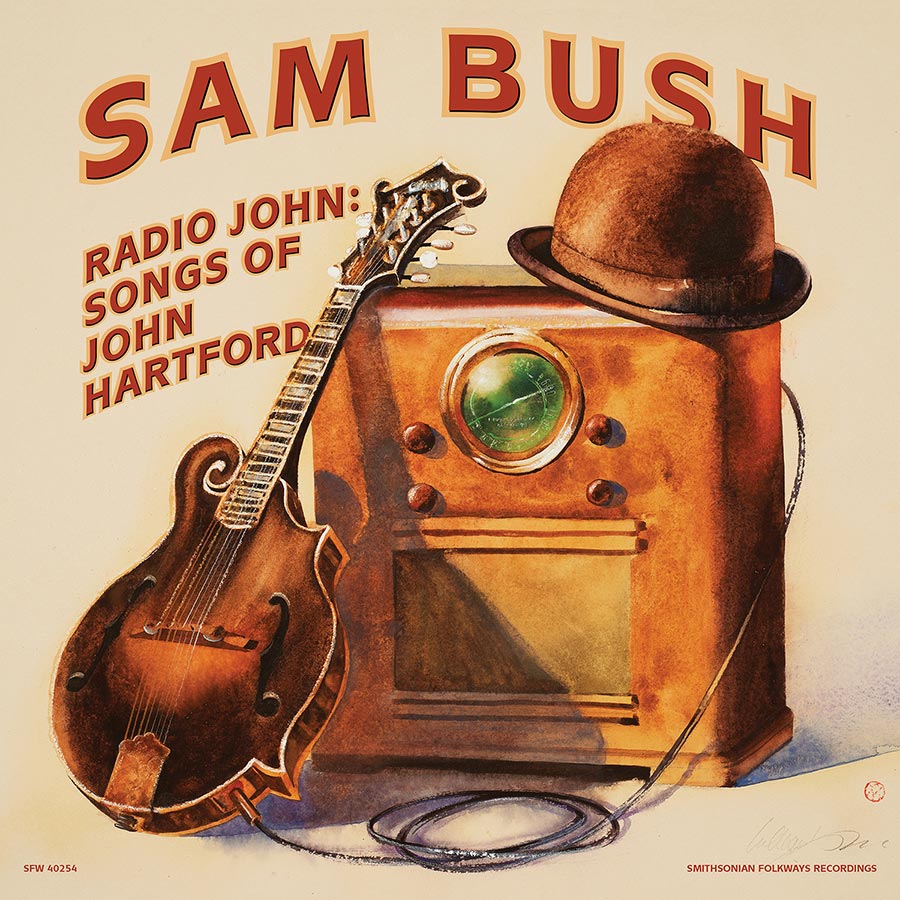 This release contains pre-order items. The Vinyl LP version ships Spring 2023.
View Cart CD $14.98
View Cart Digital Download $9.99
View Cart Pre-Order Vinyl LP 20.98
Radio John: Songs of John Hartford is Sam Bush’s heartfelt tribute to his hero and mentor, John Hartford. With dedication, admiration, and love, Bush takes on personal favorites from Hartford’s vast catalog, including songs he played with Hartford on stage and in the studio in the 1970s. Bush plays every instrument on nearly every cut, pouring himself into the performances. Radio John is a testament to the impact Hartford had on American traditional music as a songwriter, an instrumentalist, and, most importantly, someone who fostered the careers of musicians like Bush and countless others reinventing roots music in the last half of the 20th century.