Of Those Who Died: A Poem of the Spring of 1945 by Samuel Charters 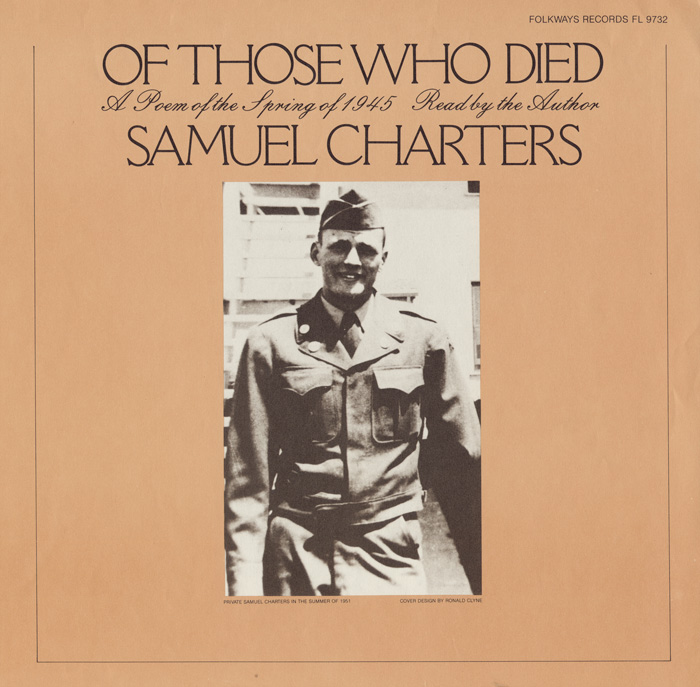 View Cart Custom CD $16.98
View Cart Digital Download $6.45
In 1980, noted music historian and frequent Folkways producer Samuel B. Charters finished his poem “Of Those Who Died: A Poem of the Spring of 1945.” Begun in 1973, Charters’ poem is an homage to those soldiers who would not be returning home to their loved ones. His poem is also autobiographical, as he reflects on his own military service during the Korean War (1950–1953). Charters completes this recording with three poems—two written while studying in Sweden and the third on what a poem is. The liner notes include the complete text of the poems.