The Letters of Emily Dickinson: A Reminiscence by Thomas Wentworth Higginson from “The Atlantic Monthly” October 1891 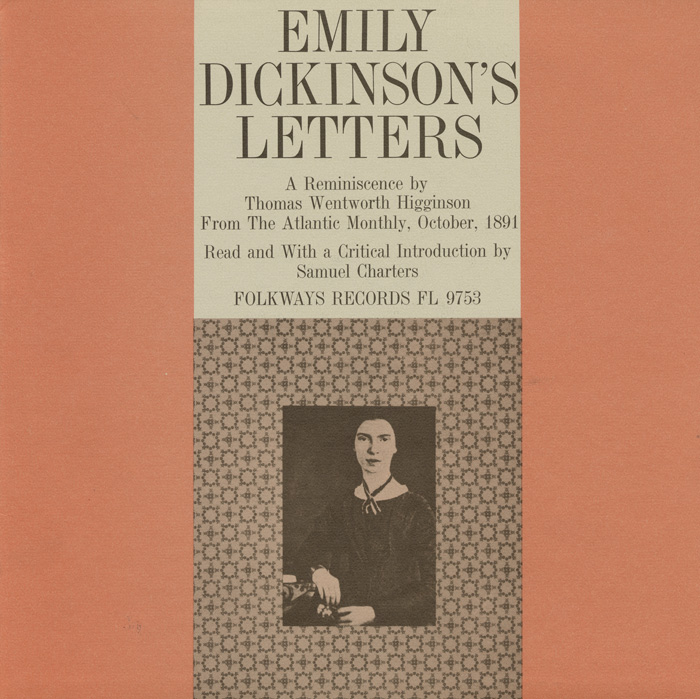 View Cart Custom CD $16.98
View Cart Digital Download $8.95
This recitation of Thomas Wentworth Higginson’s October 1891 Atlantic Monthly article on his correspondence and friendship with Emily Dickinson documents the only example of the reclusive Massachusetts poet turning “to the literary world beyond her circle of friends in Amherst,” as Samuel Charters wrote in his liner notes. Higginson reluctantly published the article, which includes some of the letters and poems he received from Dickinson, in response to public demand for more information about the poet whose posthumous publication earned “a suddenness of success almost without a parallel in American literature,” according to the introduction he wrote for the Atlantic . Charters, who read the article for the recording, also supplied a critical introduction to Dickinson’s life and work for the liner notes.