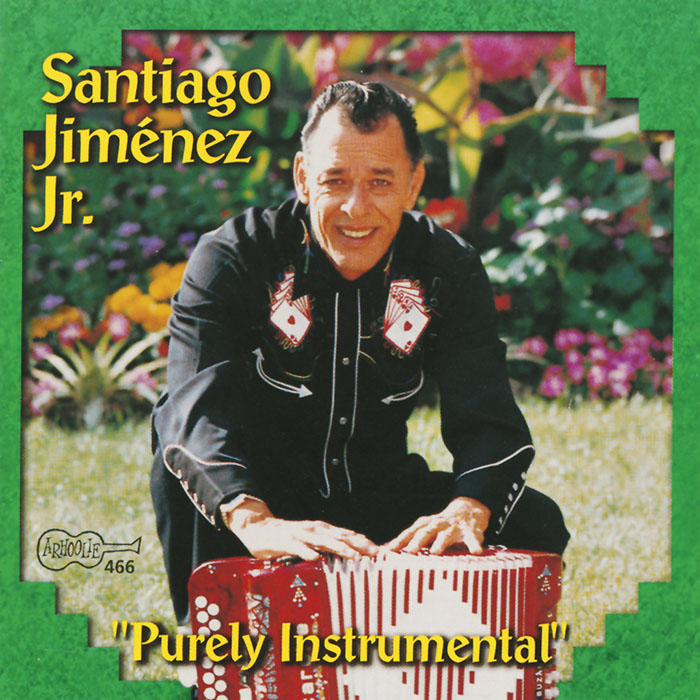 National Heritage Fellow Santiago Jiménez Jr. is the son of Santiago Jiménez Sr., a pioneer of conjunto music, and the younger brother of famous Tejano accordionist “Flaco” Jiménez, also a National Heritage Fellow. Santiago has long preferred to model his father’s lively melodic musical style, which is identified with the roots of the conjunto tradition. In this collection from 1997, Santiago plays original instrumental dance music consisting of waltzes, polkas, and redovas. He is on the button accordion; conjunto musicians Hugo Gonzalez (bajo sexto), Mark Rubin (bass), and Rufus Martinez (drums) round out his band.