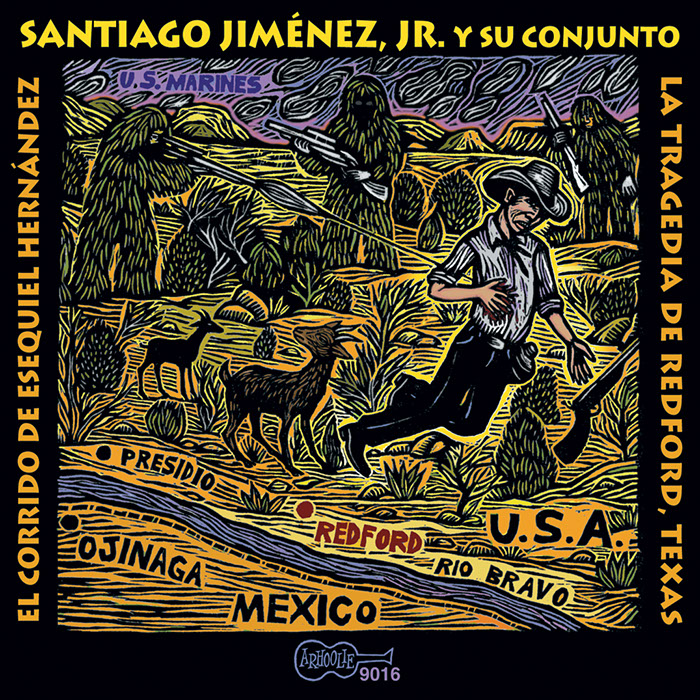 View Cart CD $11.98
View Cart Digital Download $9.99
Traditionally, corridos are ballads that tell a story—often political or historical, and occasionally fictional. This album focuses on the true account of an 18 year-old American high school student murdered in 1997 while herding goats near Redford, Texas. A camouflaged Marine shot the young man in the name of the “War on Drugs”. Since this incident, many corridos have been written and sung about the sometimes mythical deeds of drug traffickers. Liner notes are written in Spanish and English and include lyrics for each song.