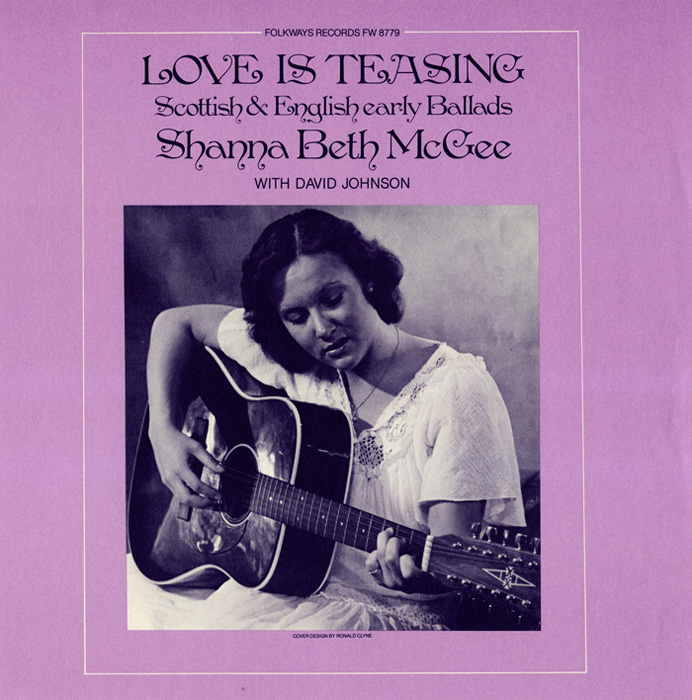 In 1981, Shanna Beth McGee recorded an album of 10 traditional Scottish and English ballads involving love in its many moods (tender, tragic, vengeful, teasing). McGee, an associate professor of voice in the Theater Department at Case Western Reserve University (Cleveland, Ohio), is accompanied by multi-instrumentalist David Johnson. One powerful track is an a capella version of “Black Is the Color,” which concludes with a brief string interlude. Other well-known traditional ballads are “Barbara Allen” and “The Water Is Wide.” Liner notes provide background information about the songs. This is McGee’s only recording. Johnson recorded several albums for Folkways including Clawhammer Banjo (FW31094), Bluegrass (FW031056) with his father Billie Ray, and Old Time North Carolina Mountain Music (FW31105) with his grandfather David and father Billie Ray.