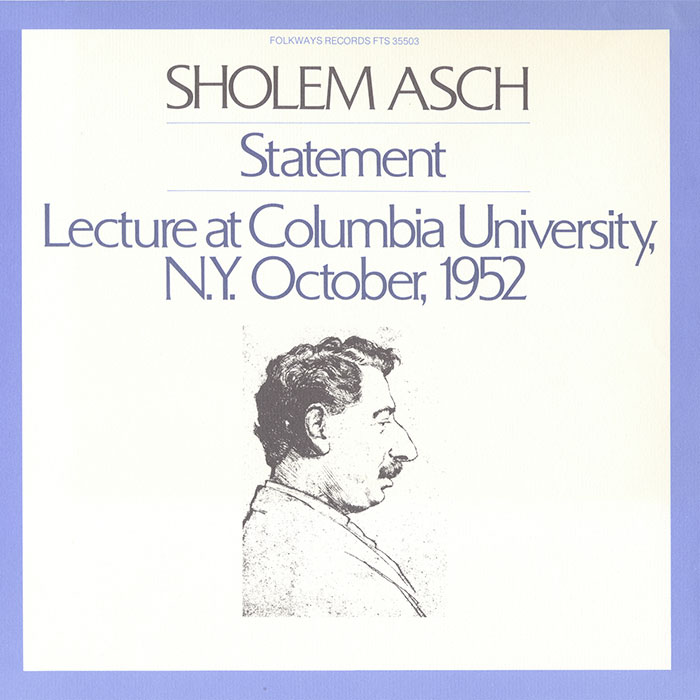 Sholem Asch (1880–1957), the father of Folkways Records founder Moses Asch, was a prominent novelist and playwright. Written primarily in Yiddish, his often provocative works usually dealt with Jewish life in Eastern Europe (where he was born and raised), sometimes focusing on the seamier aspects of life, such as thievery and prostitution. But his most controversial works, which hampered his career, dealt with Christianity so sympathetically as to arouse suspicion among his mainly Jewish readership that he had converted.

The recording opens with a short “Statement” expressing some of his views on the relationship between God and Man. That is followed by a lecture at Columbia University, in which he spontaneously and forcefully interweaves some of his personal and professional biography with his motivations and beliefs, while defending his literary works and presenting some of his opinions concerning ancient and modern Jewish history.

Liner notes include a book review from the New York Times, which also contains biographical information, as well as the complete transcription of the Statement and lecture.