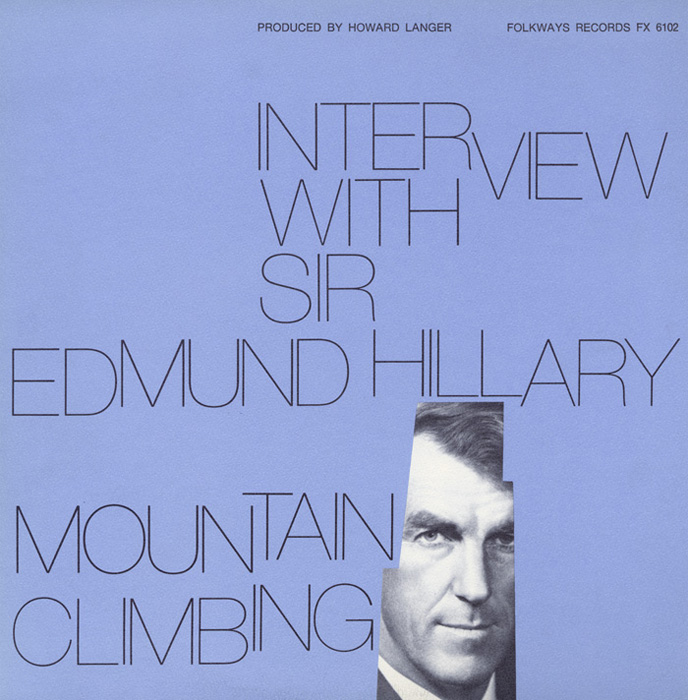 View Cart Custom CD $16.98
View Cart Digital Download $6.45
What if you were the first man on the top of the world? On May 29, 1953, Edmund Hillary scaled the peak of Mount Everest, becoming an instant celebrity. In honor of his achievement, he was knighted by Queen Elizabeth II. In this interview with Howard Langer, Hillary discusses the Everest expedition as well as other topics, such as the merits of women climbers, the personality of an ideal climber, and the possibility of an abominable snowman. Liner notes include a transcription of the interview and general information about mountaineering.