The British Are Coming! To Salute America's Bicentennial

Royal Marines and the Black Watch 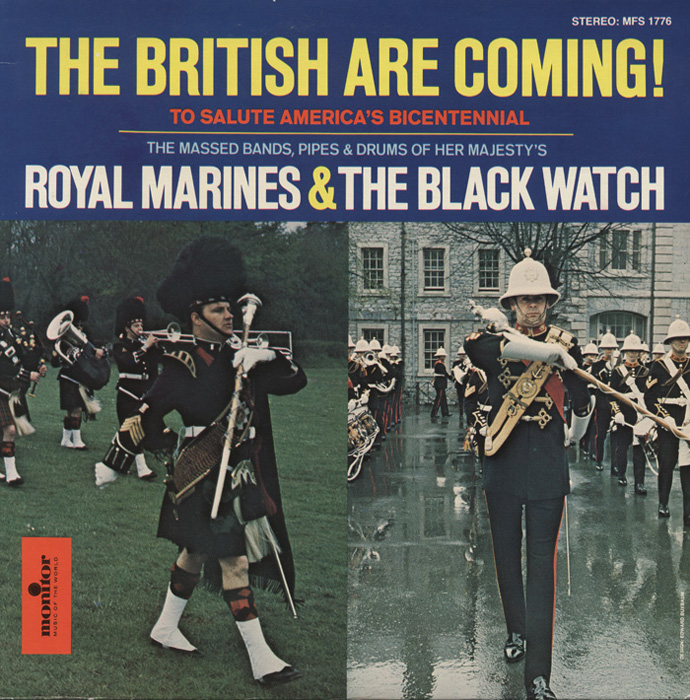 View Cart CD $14.98
View Cart Digital Download $9.99
Performed by The Royal Marines Band, the musical division of the British Royal Navy, and the pipers of The Black Watch, Scotland’s senior Royal Highland Regiment, this recording pays significant tribute to America’s Bicentennial anniversary. Both military units were dispatched to the United States during the American Revolution, and this visit to America in 1976 marked their first joint appearance in the U.S. for 200 years. Opening with "Stars and Stripes Forever," and climaxing with a medley of patriotic British anthems, the album salutes not only America's Bicentennial, but also the commanding sound of the bagpipes, drum, and bugle. Liner notes include introductions to the bands, and notes on their musical selections.

Royal Marines and the Black Watch