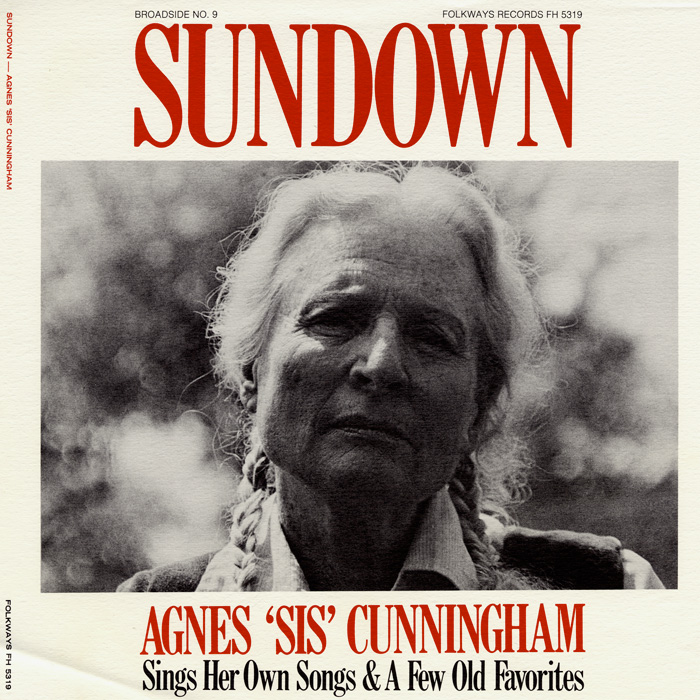 Singer-songwriter, political activist, and Broadside magazine editor Agnes "Sis" Cunningham (1909–2004) offers a collection of Americana folk ballads highlighting the hardships of Midwesterners during the Great Depression and subsequent Dust Bowl of the 1930s. This recording is the only known solo album by Cunningham. Many of the songs were written by Cunningham, including several collaborations with fellow folk performer and Broadside artist Mark Cohen. Traditional folk songs, "In the Merry Month of May" (featuring Cohen on guitar), "Wild Ripping Waters," and "Jay Gould’s Daughter" are included in this set. "Great Dust Storm," written by Woody Guthrie, closes the recording. Song lyrics are provided in the liner notes.