Songs from the Out-Ports of Newfoundland 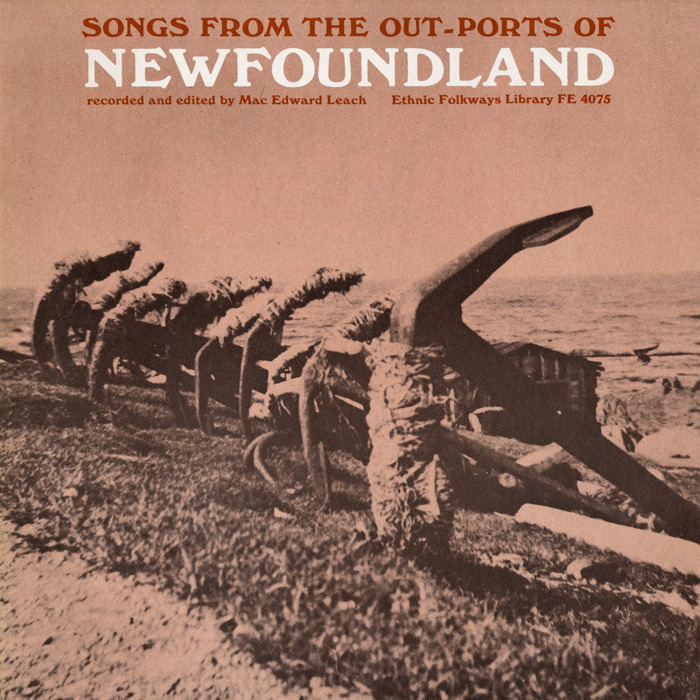 Most of the songs on this record are from the "out-ports" of the Avalon peninsula of Newfoundland, settled by Irish immigrants during the Great Famine. Folklorist MacEdward Leach describes this record as "a sampling of what one would hear sitting in an out-port kitchen after supper was cleared away. The neighbors would drift in, ease themselves on the benches around the walls, get pipes going, discuss all the events of the day -- the state of the weather, the luck with the fish." A few of the songs, sung a cappella, may be familiar to modern audiences, such as "The Farmyard," a forerunner to the children's classic, "Old MacDonald Has a Farm."

Liner notes include song lyrics and notes on songs.