Songs of the Seminole Indians of Florida 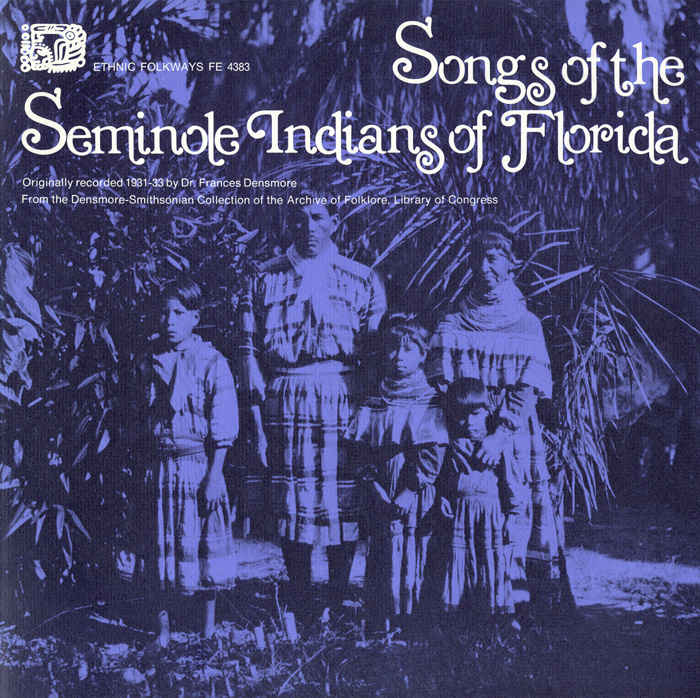 Weakened by war and disease, Native peoples of Florida banded together with members of other tribes whom Europeans had forced southward from their homelands to form the Seminoles in the 18th century. Though a large number of Seminoles were relocated to Oklahoma, many stayed in Florida, especially in the Everglades. Dr. Frances Densmore (1867–1957) collected these recordings from 1931 to 1933 on repeat visits to two reservations in Florida. Densmore spent most of her life studying and recording American Indian music, an unlikely career path for a woman at a time when it was unheard of for a proper lady even to travel to “wild” areas.