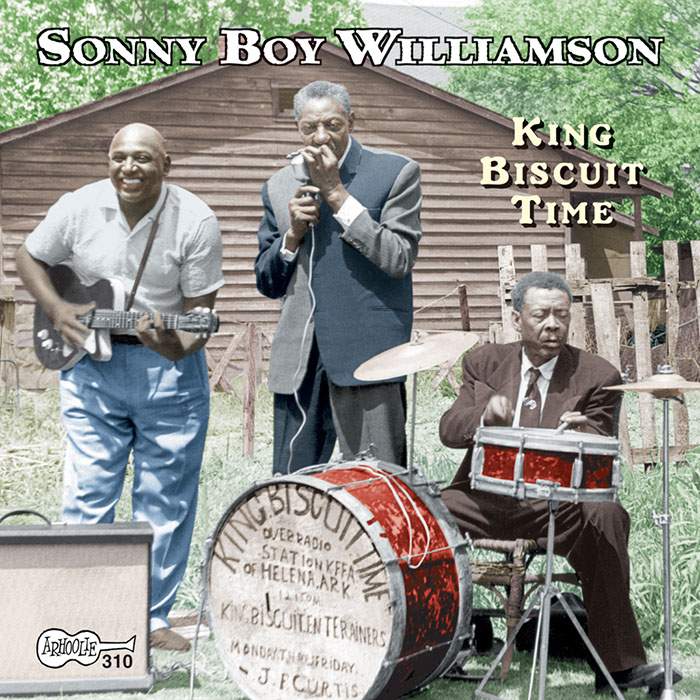 Born Aleck Miller, Sonny Boy Williamson was known by various names during his career: Rice Miller, Willie Williamson, Little Boy Blue—and some musicologists and critics refer to him as Sonny Boy Williamson II to distinguish him from John Lee “Sonny Boy” Williamson, an earlier blues performer. This collection of early recordings made for Trumpet Records in the 1950s was remastered by Arhoolie Records founder Chris Strachwitz in 1993. A reflection of Sonny Boy’s musical style during his appearances on King Biscuit Time radio broadcasts, the album features an actual 15-minute segment from one of the programs. The final track is Elmore James’ classic “Dust My Broom,” with Sonny Boy on harmonica.