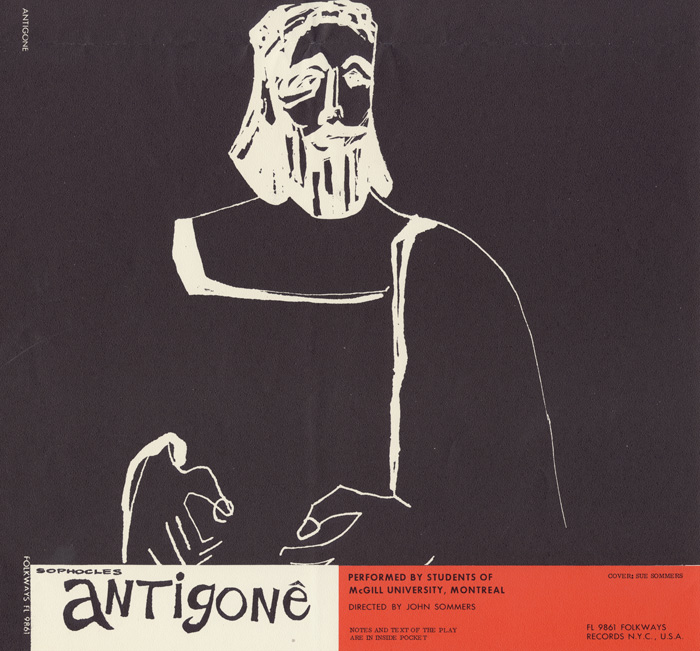 View Cart Custom CD $16.98
View Cart Digital Download $9.99
The tragic drama of Antigone, by Sophocles, is performed by student actors from McGill University in Montreal, Canada. Sophocles’ play is the timeless story of Antigone, who honors the death of her brother Polyneices with a burial in defiance of King Creon’s edict. As punishment, the king orders her entombed alive. The king is subsequently warned that he is angering the gods by his actions, and tragedy begets tragedy as first Antigone, then the king’s son and wife kill themselves in despair. While all the major scenes in the play are read on this recording, some choral sections and a few speeches are cut due to time constraints. The liner notes include information about the story and its production. The complete transcript of the play is included.