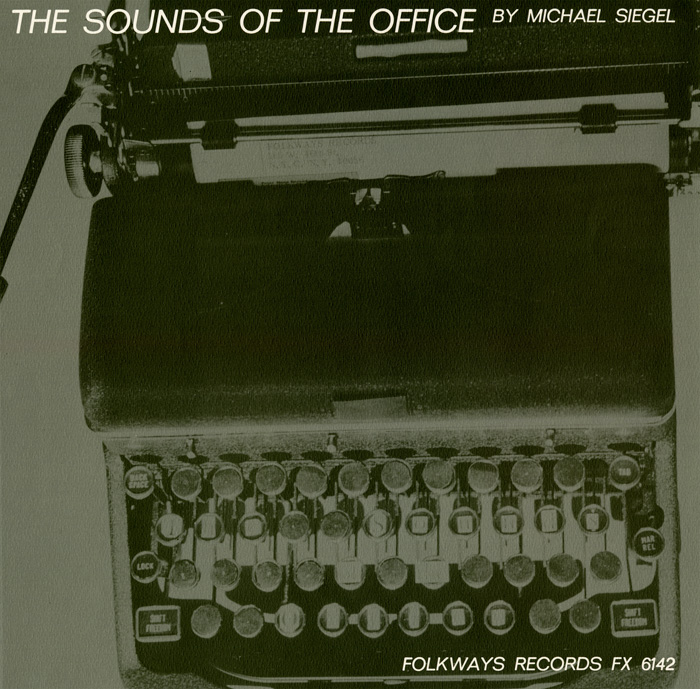 This mysterious album opens with banging and creaking and could be mistaken for a minimalist sound piece. It is in fact the sounds of an office from 1964. Rustling papers, drawers closing, typing and footsteps are just a few of the sounds heard on this album. While letting the imagination run in identifying the sounds is fun to do while listening to the album, the liner notes include detailed descriptions of each sound for those who have to know. Recorded by Michael Siegel.