Soviet Army Chorus & Band in a Program of Favorites 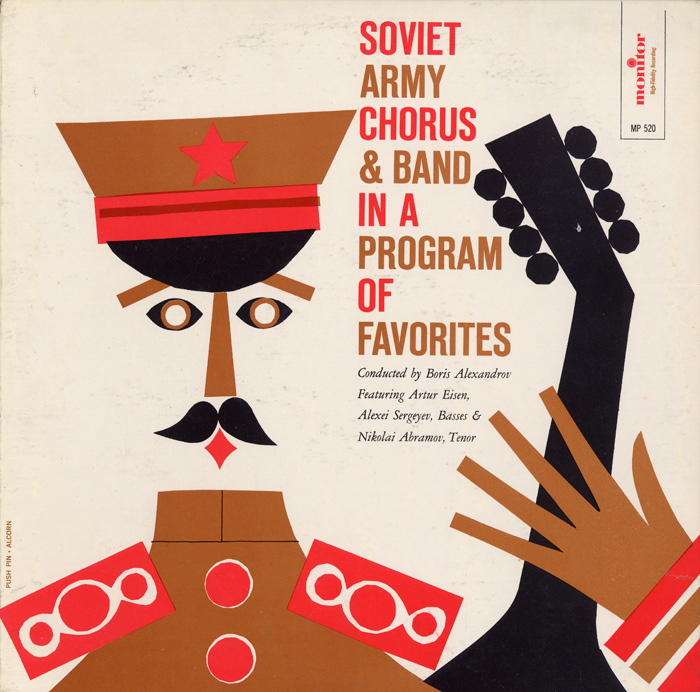 MON00520
In this 1957 recording, Boris Alexandrov directs the Soviet Army Chorus and Band in a selection of well-known Russian and Czech popular, classical, and folk songs. They cover a variety of topics such as friendship, the lives of soldiers, love, the impressive Russian landscape, and notable events from Russian history, and include compositions by Mikhail Glinka and Anton Rubinstein. The recording features performances by vocal soloists Arthur Eisen, Alexei Sergeev, and Nicolai Abramov. Liner notes provide background information on the songs and song lyrics in Russian for the 11 Russian songs.