Meeting in the Air 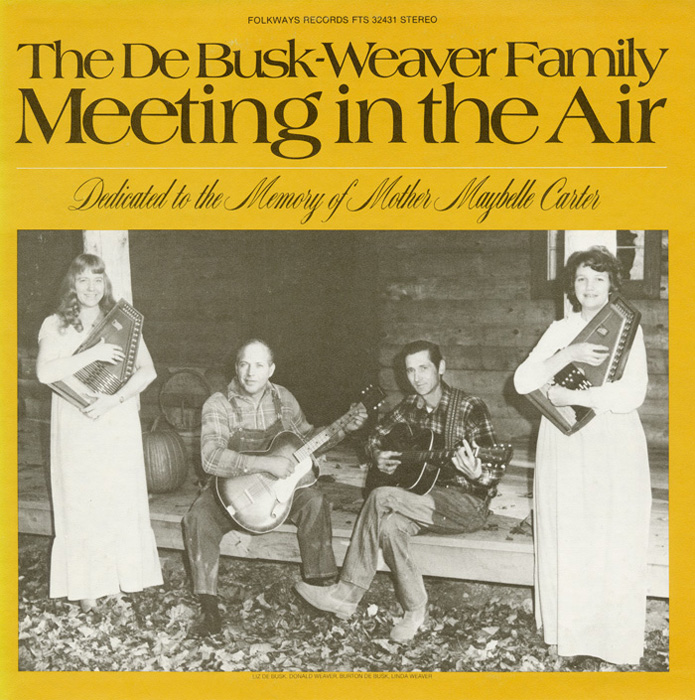 The Debusk-Weaver Family pays tribute to early pioneers of country music, the Carter Family. Donald Weaver on guitar (and autoharp on several tracks), wife Linda on autoharp, and Linda’s parents, Burton and Mary Debusk, on rhythm guitar and autoharp, respectively, sing songs closely associated with A.P. Carter, wife Sara, and sister-in-law Mother Maybelle. Sessions for this album began August 1, 1977, marking the 50th anniversary of the Carter Family’s first recordings during the influential Bristol sessions. Among the songs covered by the Debusk-Weavers is “Keep on the Sunny Side,” originally recorded by the Carters in 1928. The album is dedicated to Mother Maybelle, who passed away prior to the recording’s release. The liner notes are written by journalist Hal Bruno. Lyrics and recording information are also included.