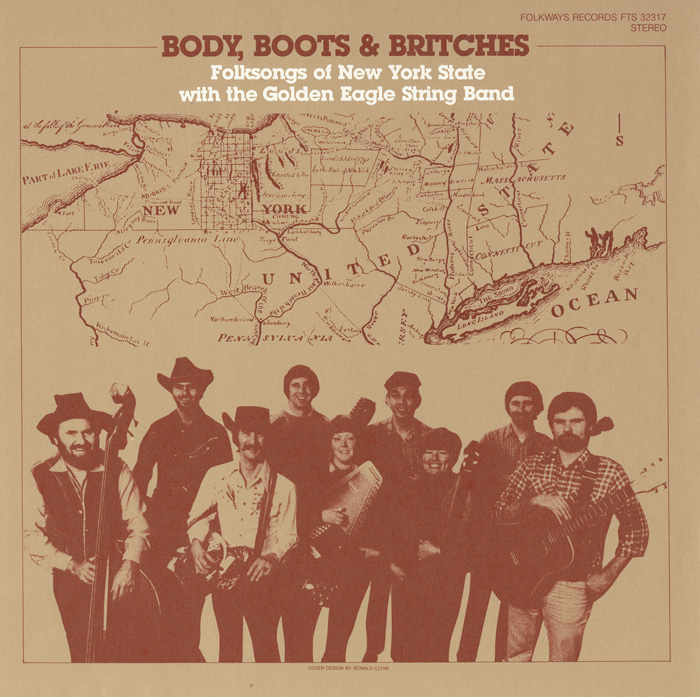 Performed by the Golden Eagle String Band (who are still performing today), this collection brings together a sampling of songs that were collected by Harold W. Thompson in his book that bears the same name as the album "Body, Boots and Britches". The songs tell of the history of New York State, "from pirates to planters, legends to loggers, battles to ballads, New York tells its history through song." Liner notes by Jean Papalia detail New York State history. With song explanations and lyrics.