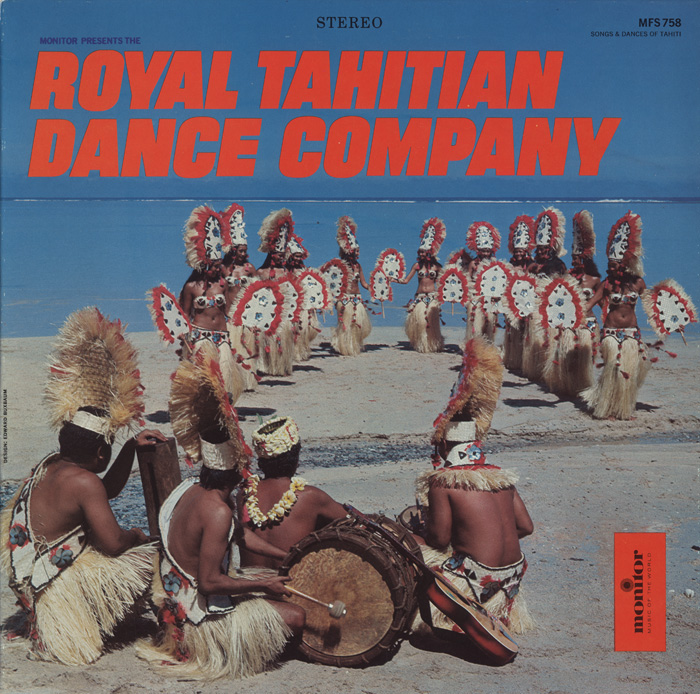 The island of Tahiti is the economic, cultural, and political center of French Polynesia in the South Pacific. Famous for its lagoons, mountains, and black-sand beaches, Tahiti is also home to a vibrant dance tradition. The songs in this 1974 release showcase the romantic themes of life in Tahiti and the close relationship natives share with nature on the island. The instrumental pieces (“Tamarii Tahiti,” “Tiare Aute,” and “Two Instrumentals”) are played using such instruments as the pahu (the ancient Tahitian standing drum covered with a shark skin and struck by the hands or with sticks) and the ukulele.