The Topoke People of the Congo 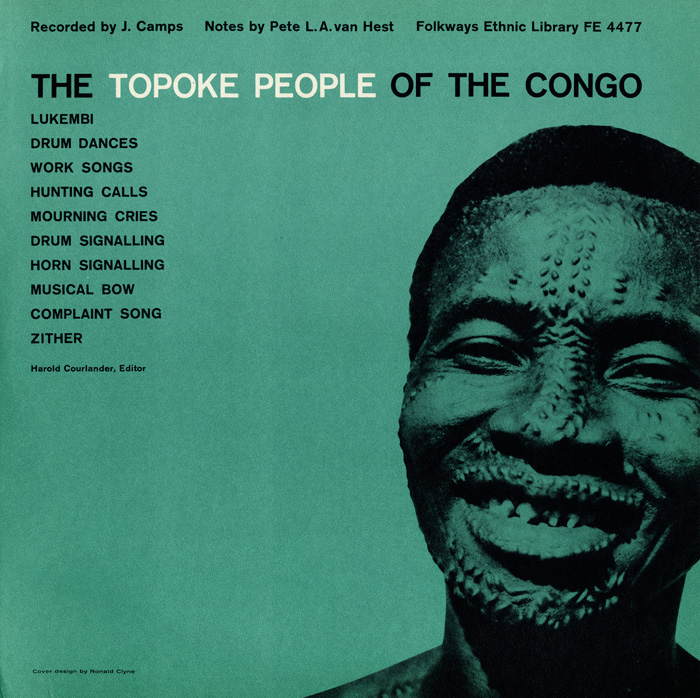 View Cart Custom CD $16.98
View Cart Digital Download $9.99
Released in 1959, this recording features the music of the Topoke, who live in the equatorial forest in the Tshopo District of the Democratic Republic of the Congo. The Topoke remained relatively isolated until the 1930s, and music and dance play an important role in their culture. Many of their instruments are made out of local raw materials, including the lukembi and bamboo drums. Among the varied functions of their music is announcing a death in the village, signaling, and accompanying forms of work, dance, and children’s play. The liner notes include background information about the Topoke and information about each song, with photos of the different instruments played.