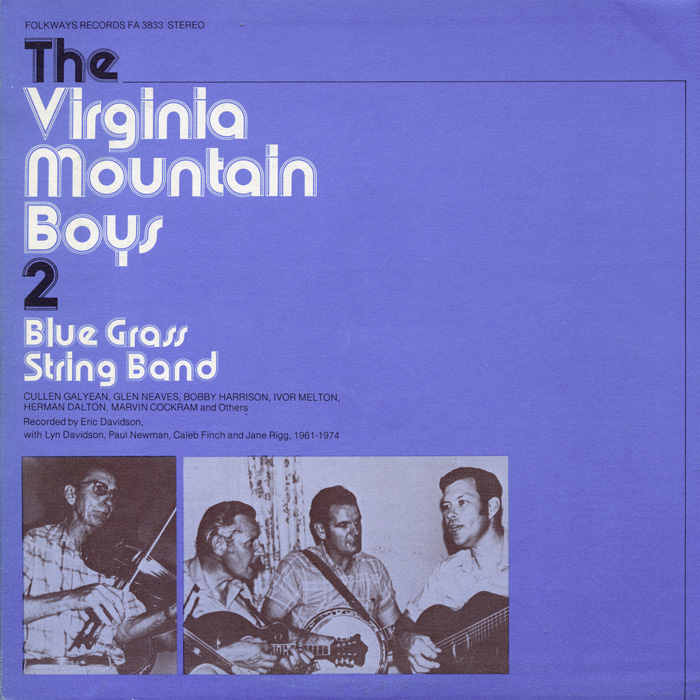 View Cart Custom CD $16.98
View Cart Digital Download $9.99
In the 1940s, fiddler and guitarist Glen Neaves formed the Virginia Mountain Boys, and the band performed in varying lineups through the next three decades. In many cases, the members of the band were the first in their families to play bluegrass rather than the older Appalachian string band styles they grew up with. However, the older music strongly influenced their choice of instrumentation and songs; for example, they eschewed the Dobro favored by other bands of the time and relied heavily on simple banjo picking, guitar picking, and hard-driving rhythm. Glen Neaves leads with lonesome, bittersweet singing and fiddle playing inspired by G. B. Grayson, a traditional mountain fiddler from North Carolina. Liner notes include full song lyrics and brief performer profiles with photos.