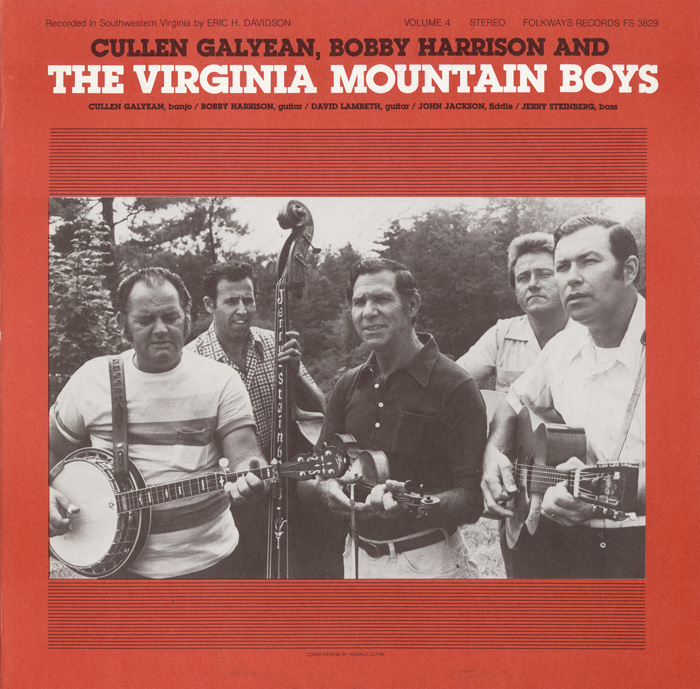 View Cart Custom CD $16.98
View Cart Digital Download $9.99
Recorded in southwest Virginia in 1982, this is the final album by the Virginia Mountain Boys for the Folkways label. Several personnel changes had taken place in the band since their inaugural recording in 1974. Mandolin picker and singer Ivor Melton had passed away, and two other musicians had left the band. Remaining band members Cullen Galyean (banjo and lead singer) and Bobby Harrison (guitar) brought in fiddler John Jackson, guitarist David Lambert, and bassist Jerry Steinberg to perform on this recording. The band performs a dozen bluegrass and traditional songs in the old-time style of rural mountain music of the late 19th and early 20th century. Harrison and Galyean reminisce about their early introduction to music on one track. Information about the band and music is included in the liner notes.