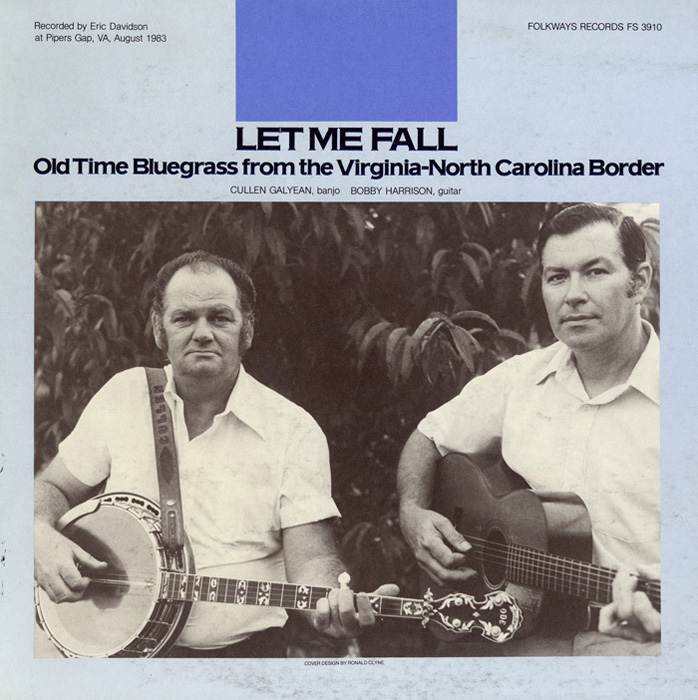 View Cart Custom CD $16.98
View Cart Digital Download $9.99
The traditional bluegrass music interpreted by Cullen Gaylean (banjo and fiddle) and Bobby Harrison (guitar) hails from the hills spanning southwestern Virginia and northwestern North Carolina. Gaylean and Harrison, friends and musical partners for over 25 years when the album was recorded, also issued four other albums for Folkways Records as members of the Virginia Mountain Boys. Here they pare down the traditional full bluegrass band to expose the interplay between their two voices and instruments. This collection brings together music from the 20th, 19th, and earlier centuries, providing the listener an insight to the typical repertoire of Appalachian string bands from the North Carolina–Virginia border. Liner notes include background on the artists by Paul Newman, Paul Tyler, and Eric Davidson as well as notes on each song’s historical context.