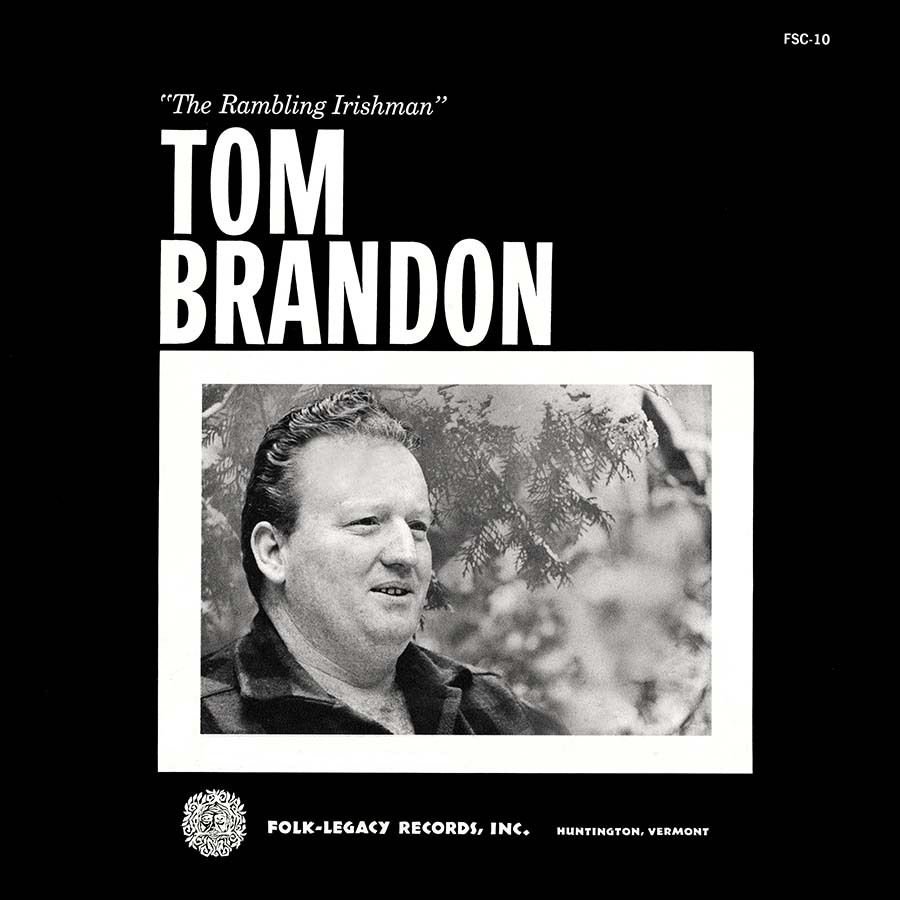 Born in Midland, Ontario, in 1927, Tom Brandon was a second-generation Canadian whose grandparents had left Ireland in the 19th century. His repertoire hailed from both his paternal roots in Belfast and maternal roots in Wexford, spanning northern and southern regions of the island. On this recording, made by the Canadian folklorist Edith Fowke, Brandon sings unaccompanied ballads with a clear Irish brogue, which somehow survived two generations outside of Ireland. The selection here is varied, including Irish broadsides, rebel songs, lumberjack songs, and even American cowboy ballads, all sung with a keen grasp of melody and phrasing perfectly suited for his style of singing. The Rambling Irishman was originally released by Folk-Legacy Records in 1962.