Sounds of My City: The Stories, Music and Sounds of the People of New York 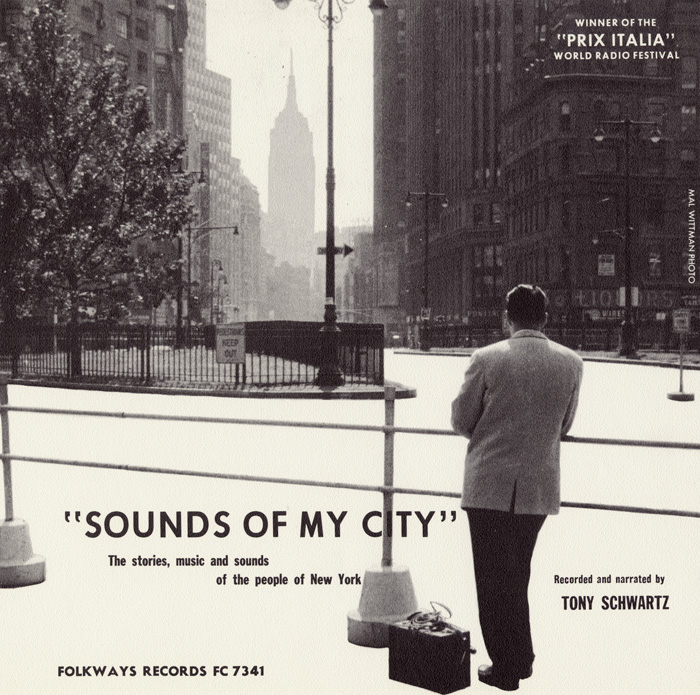 Over the course of nine years, Tony Schwartz collected the sounds of New York, seeking to record "the audible expression of life." Originally produced as a radio program for WNYC, the finished product is a lucid representation of the city, capturing street sounds, immigrant voices, lively music, raindrops, bird songs, and even the pragmatic advice of the city’s cabbies.

Part anthropological study, part hometown travelogue, the recordings contextualize the city's shifting rhythms and urban folklore as a meaningful collection of sounds, each one with a specific purpose and significance to the eight million inhabitants (plus an unknown number of cats and dogs). Schwartz's New York is not just an imposing mystical metropolis, but a palpable place where people of all ages live their lives.