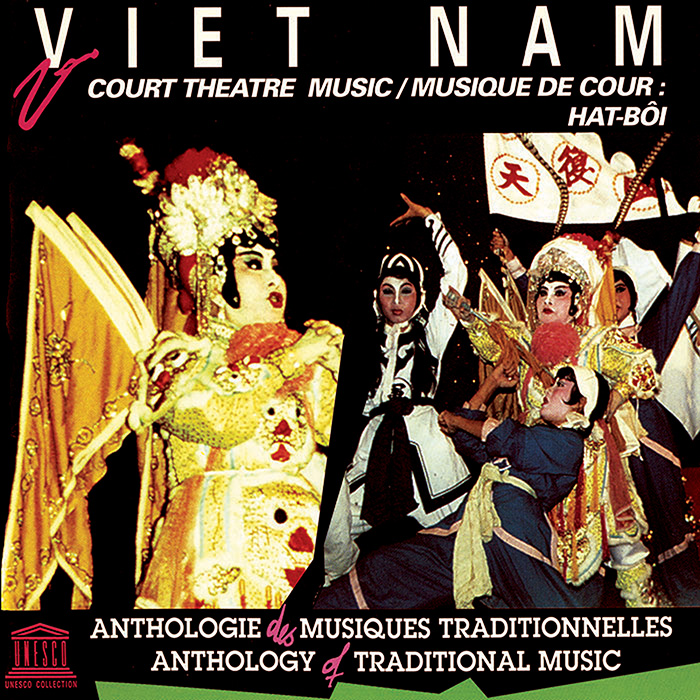 View Cart Custom CD $16.98
View Cart Digital Download $9.99
The traditional court theater of Vietnam is called hat bôi (hat: theater; bôi: masked or painted face). Although hat bôi bears a superficial resemblance to Chinese theater, the instrumentals and vocals are distinctly Vietnamese. This musical theater genre began in the early 14th century, reaching a peak in popularity in the 19th century. In the mid-20th century it all but vanished due to the rise of modern theatrical styles; however, the reunification of Vietnam in 1975 has resulted in further study and interest in the preservation of the tradition by educators and musicians.

This album recorded by noted musicologist Trân Văn Khê presents excerpts and scenes from traditional plays performed by musicians and singers from the Academy of Dramatic Art and the traditional theater troupe of Ho Chi Minh City.