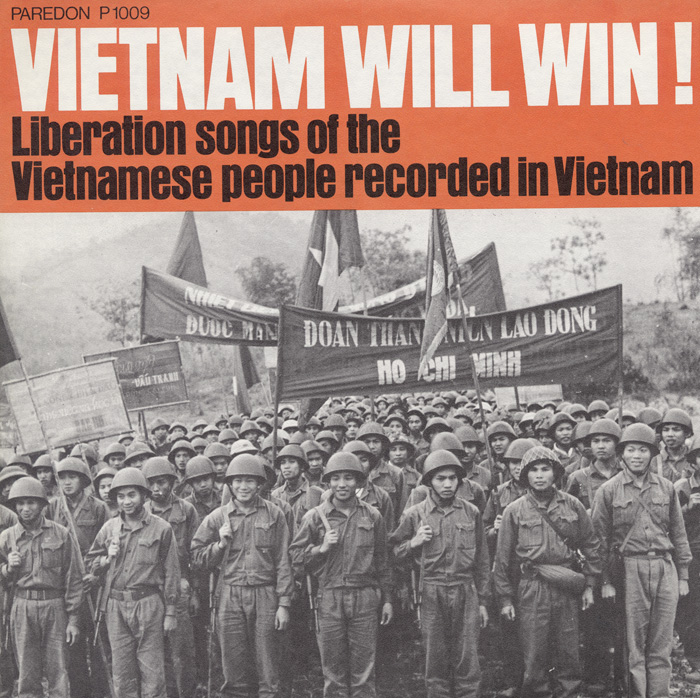 The Vietnam War, seen as a war of liberation by one side (North Vietnam) and a fight to contain communism on the other (South Vietnam), was waged for 20 years (1955—1975), with the United States providing economic and military assistance to South Vietnam for most of the conflict. South Vietnam fell in 1975. Although most Americans initially backed the war, as it continued, public support began to wane. Hoping to build on the growing anti–war movement, political activist–folksinger Barbara Dane issued this recording following the anti–war demonstrations in Washington, DC, in April 1971. Composed of songs about the ongoing “liberation’ of Vietnam and recorded entirely in North Vietnam, this recording was, at the time, generally viewed as propaganda. Extensive liner notes with English translations of the songs are included.