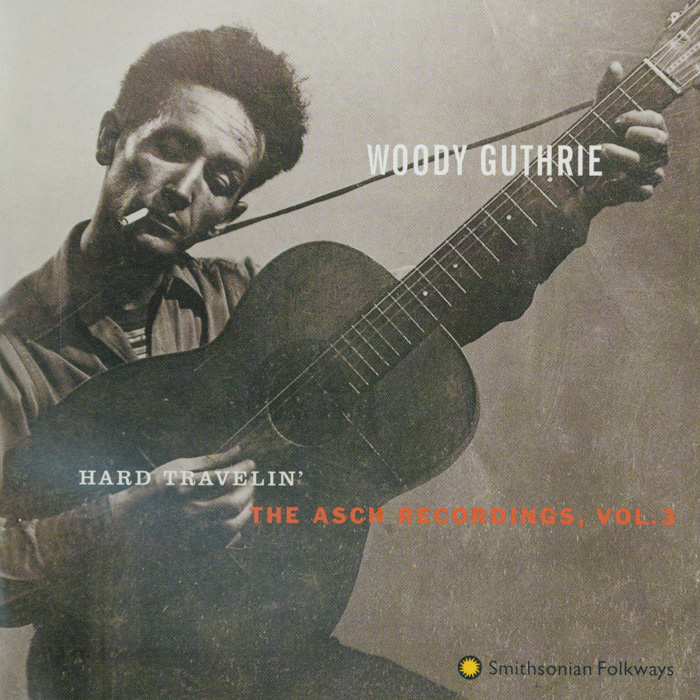 View Cart CD $14.98
View Cart Digital Download $9.99
The songs on this recording, the third in a series of four, are from the enormous collection of topical material that Woody Guthrie composed in the 1930s and 1940s. Most of his recordings were done for one man, Moses Asch, the founder of Folkways Records. Asch and Guthrie often organized song collections around a single topic; only some of those recordings were released during Guthrie's lifetime. The Asch Recordings series uncovers many previously unreleased tracks, and presents the best of nearly 300 songs Guthrie recorded for Asch between 1944 and 1949. Running time 75 minutes. 36-page booklet includes historical and biographical notes. Compiled by Jeff Place and Guy Logsdon.